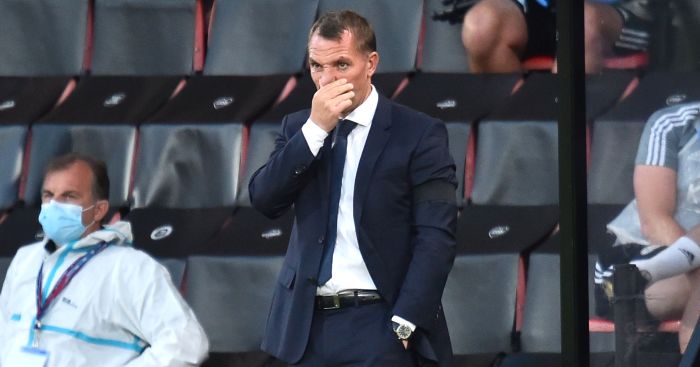 Brendan Rodgers says his Leicester side were “too soft” in the second half of their defeat to Bournemouth at the Vitality Stadium.

Having been 1-0 up as late as the 66th minute, the Foxes went on to lose 4-1 to the relegation-battling Cherries.

Junior Stanislas and Dominic Solanke both scored doubles to give their side a fighting chance of avoiding the drop.

It was a hugely damaging result for Leicester though, and their manager admitted he was “surprised” by some aspects of the second -half display.

Speaking to Sky Sports, Rodgers said: “We lacked courage in the second half to take the ball. We had good opportunities and decent control in the first half.

“They changed their shape a little bit [in the second half], so for the first 15 minutes you’ve got to grind it out. They’ve got nothing to lose, they’ve got to come after the game.

“You’ve got to grind it out in football sometimes, you can’t always play fantastical football. That first 15 minutes we did that but we weren’t making quick enough angles, we weren’t taking responsibility on the ball. They had far greater possession of the ball.

“We obviously conceded the penalty, which, okay we get to one each, but we still have to show a greater mentality in the game.

“It’s something that surprised me, to be honest. In all the time I’ve been here and I mentioned during the week about the strength and mentality in this team, but second half we were too soft in too many ways.

“That was the big disappointment. To end up losing 4-1 was a big surprise after the first half.”