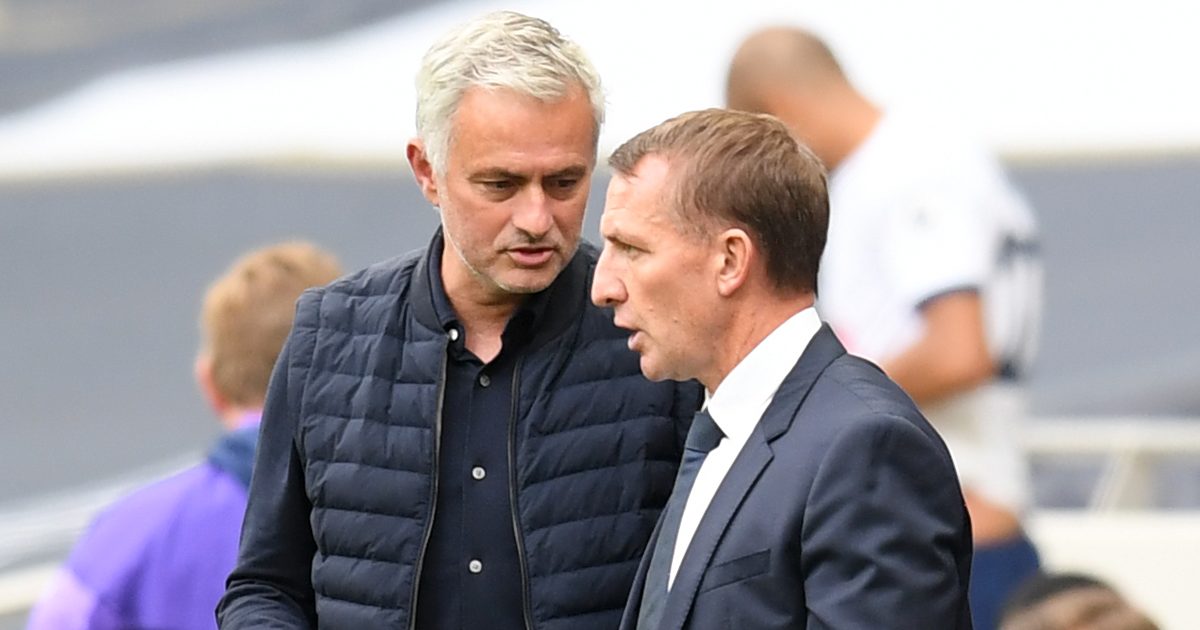 Brendan Rodgers has been sounded out as a possible replacement for Jose Mourinho at Tottenham Hotspur, according to reports.

Rodgers worked under Mourinho during his first spell at Chelsea. The Northern Irishman was brought in as the club’s new head youth coach.

He went onto have successful stints as manager of Swansea City, Liverpool and Celtic. He guided the Scottish side to two Scottish Premiership titles, two Scottish Cups and three Scottish League Cups.

Rodgers left there in February 2019 to take over at Leicester City. He has done a great job with the Foxes, winning 50 of his 94 games in charge so far.

They fell away from Champions League contention at the end of last season, but they have kicked on since then. They currently sit third in the Premier Leauge after 25 games and there is a six-point gap between them and Chelsea in fifth.

The 2020/21 campaign has been an up-and-down for Tottenham and Mourinho. They have reached the Carabao Cup Final and they are progressing well in the Europa League.

But they have stuttered in the Premier League of late. They have five defeats from their previous six games in the league. This poor form has seen them drop down to ninth in the table.

Inside Futbol have reported that RB Leipzig boss Julian Nagelsmann is a favourite of the Tottenham board. But it is also said that Rodgers would be in contention for the job if Mourinho’s time at Spurs came to an end.