Home All The News Rodgers: ‘Unfortunate’ Vardy will return to form for Leicester 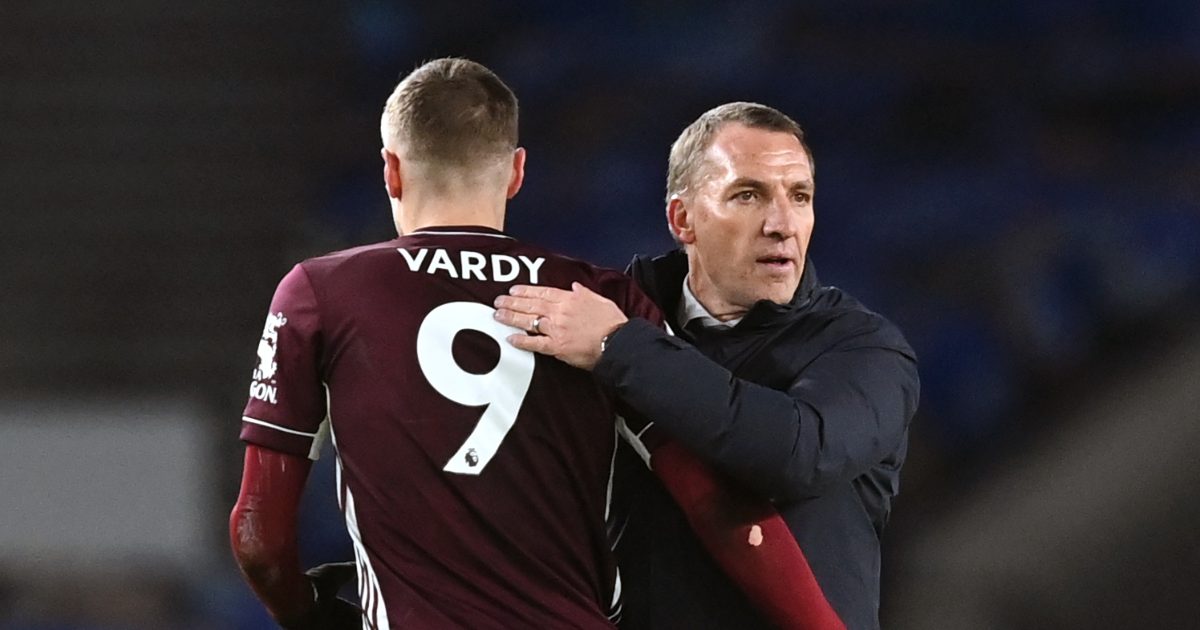 The striker has not scored for nine games and has just one goal in his last 17 appearances.

He has still scored 14 times in 32 outings this season and, ahead of Sunday’s trip to West Ham, Rodgers knows the goals will come again.

He said: “The team has still been winning. What’s most important for Jamie is you have to continue to work, make runs and sometimes you just need that bit of luck.

“He has created a number of opportunities for us. We know his threat and he can score any time. He has just been very unfortunate, between keepers making saves and blocks on the line and some chances that, maybe, he would have put away.

“He is always going to be there. He is such a threat, his sharpness and speed, he is such an important player for us.”

Kelechi Iheanacho has eased the burden on Vardy and has nine goals in his last 10 games.

The striker signed a new three-year contract this month but Rodgers insisted the former Manchester City forward cannot be a long-term successor to Vardy on his own.

He said: “We think he is going to be a very important striker for us in the future but you need more than one.

“He has shown, in the couple of years since I’ve been here, he has developed and is improving and is going to be a very important part of the squad.

“There’s no doubt when Jamie is finished and moved on we would have to have another one, maybe two.

“Any top club wants more than one (striker). We have seen Kelechi’s development and seen his confidence grow and he looks a real threat. Being so young we know there is a lot more to come.”

Caglar Soyuncu is still in Turkey after being diagnosed with Covid-19 on international duty but could fly back on Sunday as long as he tests negative.

Cengiz Under (hamstring) is sidelined while James Justin and Harvey Barnes (both knee) are out.

The third-placed Foxes are four points ahead of West Ham, who beat Wolves 3-2 on Monday to move back into the Premier League’s top four.

“It’s a very important game,” said Rodgers. “They beat us well (3-0) earlier in the season. We came off the back of a really good result at Manchester City and were then put in our place that weekend.

“We are very focused, we know their qualities and know they are very good on the counter attack. Jesse Lingard is top class and he is a high level player.”