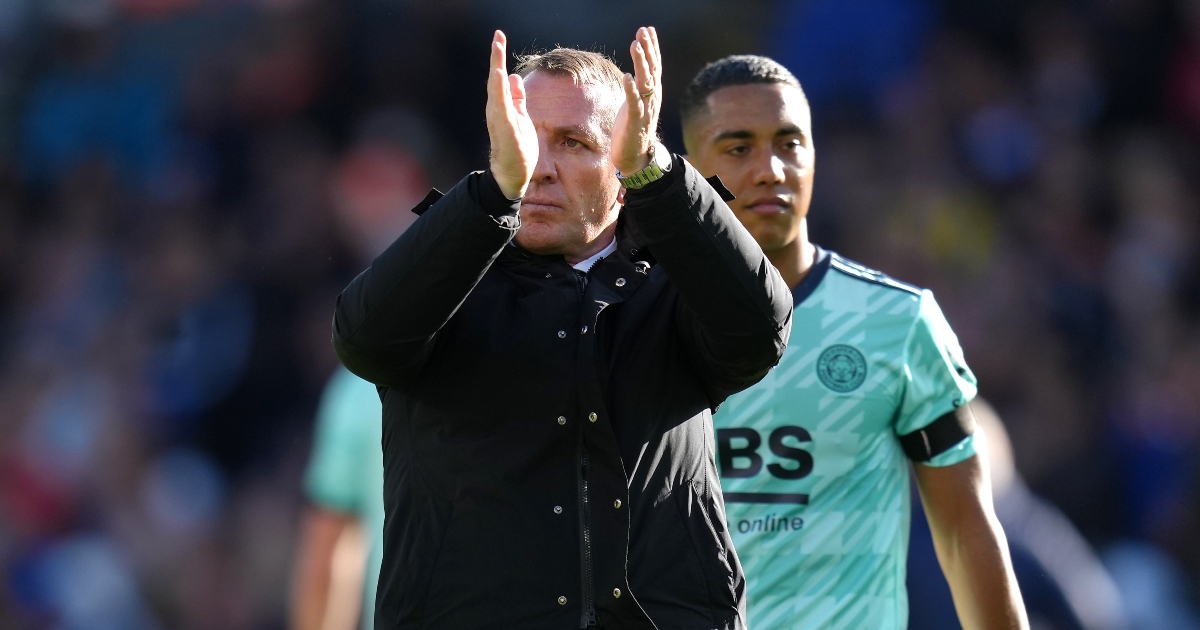 Leicester City boss Brendan Rodgers has urged his team to improve after their poor start to the season.

The Foxes currently sit 13th in the Premier League table with two wins from their first seven matches.

They also suffered their first loss in the Europa League on Thursday against Legia Warsaw after drawing their first game against Napoli.

Leicester and Palace show both their strengths and weaknesses

Sunday was another disappointing day for Rodgers’ side after they drew 2-2 away to Crystal Palace – throwing away a two-goal lead in the process.

The ex-Celtic manager told Sky Sports: “It is a disappointing result. I think we went in front against the run of play but I thought we always looked a threat and scored two very good goals.

“Throughout the game we didn’t look solid defensively in our final 25 yards of the pitch. So that is something that the international break gives us a chance to reflect and assess where we can be better in that aspect of our game.

“We are normally a team that wants to impose our way on the game. It is 4-4-2 when defending and a different shape when you have the ball. With the ball we made too many mistakes, losing possession.

“It has been a tough period this September and the players have dug in, we have clearly got talent in the squad but we need to improve with and without the ball.

“The two guys up front have done their job, pressed the game, pounced on the mistakes. Kelechi [Iheanacho] finishes it really well, takes the keeper by surprise. Then we break out on a counter attack, Harvey [Barnes] makes a great pass and [Jamie] Vardy does what he does.”

Rodgers was asked how far away his current side are from their defensive capabilities last term, replying: “Quite a way if you look at it today as a team that has normally been defensively good.

“But today we had poor positioning in the box and they finished the chances. We can reflect on it over this last month or so and hopefully we can be better when we get back.”