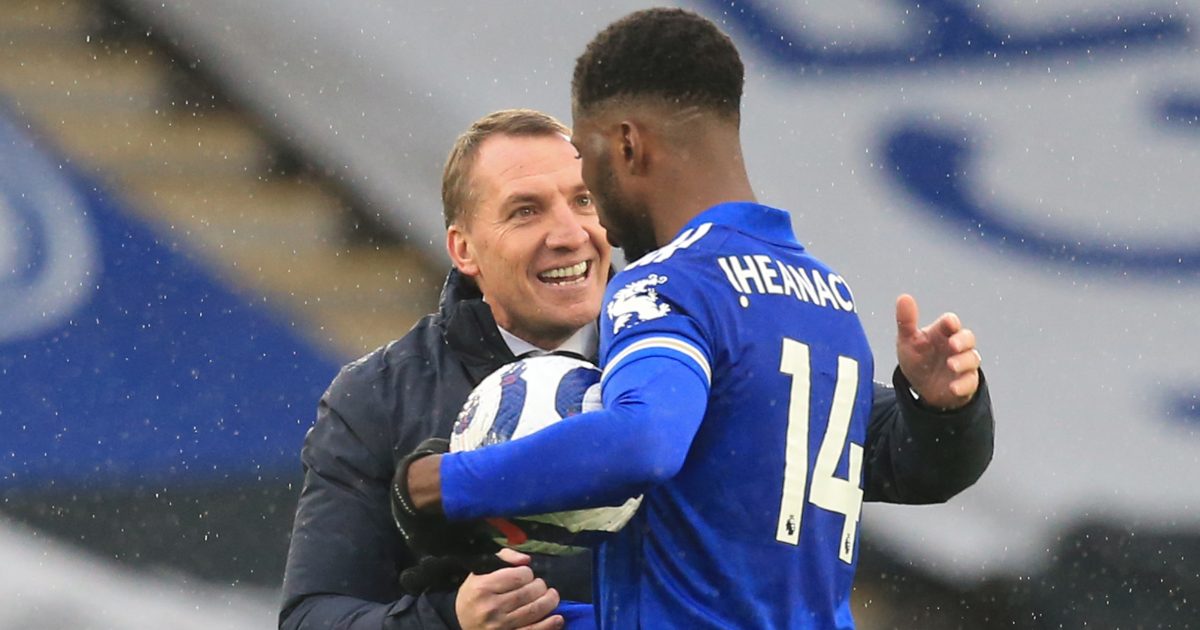 Brendan Rodgers has warned his Leicester City side against ‘complacency’ ahead of this weekend’s game against Manchester United.

The 48-year-old faces an FA Cup quarter-final against Manchester United in his 100th game as the Foxes’ manager on Sunday.

Rodgers replaced Claude Puel in February 2019 when the club were 12th and they now sit third in the Premier League.

Leicester are aiming to return to the Champions League for the first time in four years, after missing out on the final day of last season, and Rodgers promised to keep progressing.

He said: “There is one thing you can never get, which is complacent and we have always been looking for improvement. The best time to improve is when you are doing OK.

“I’m very satisfied after two years together and I’m excited by the continuation of that. We said we wanted to win titles and, even though we may not be the fashionable club out there and spoken about to win, we want to win.

“When came in I presented to the players the overall vision of the team, ultimately what we wanted to get to, what the model of success would look like and how we were going to get there.

“It’s a huge testament to the outstanding players we have, the quality and open-mindedness.

“We came in to create a standard to be the best we can be and that has been our aim from the first day. The players take that into their games, we have had some fantastic results and performances and we’ve had some bumps.

“We want to do it in a way which is creative and attacking which excites our supporters and do it with our young players as well as top senior ones.”

Harvey Barnes (knee), James Maddison (hip), James Justin (knee), Wes Morgan (back) and Cengiz Under (thigh) are out but Dennis Praet is back after a hamstring problem.

Ricardo Pereira is also out after coming off in last week’s 5-0 win over Sheffield United with a hamstring injury.

Rodgers added: “He won’t be available for the weekend but we are pretty confident after the international break he will be OK. It’s just a slight strain but thankfully nothing too serious.”