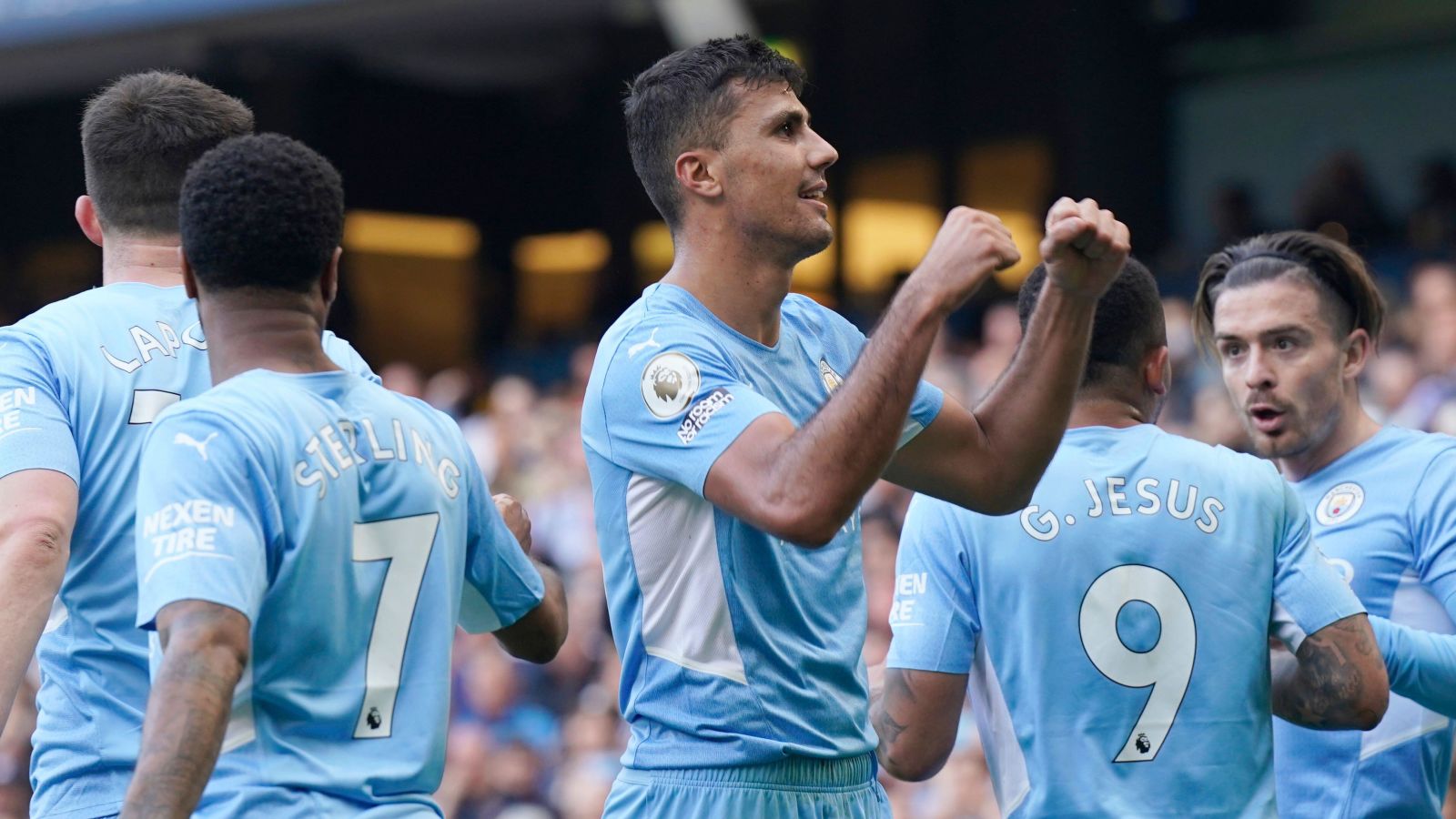 Manchester City midfielder Rodri has signed a new five-year contract and targeted yet more silverware with the Premier League champions.

The Spaniard has become one of the club’s most crucial players since he moved to England in 2019 from Atletico Madrid.

Rodri has made 151 appearances for City and won two league titles, the Carabao Cup on two occasions and the Community Shield during a trophy-laden spell at the Etihad Stadium.

“Joining City in 2019 is the best decision I have made in my career,” he said. “I have loved every second. The fans have been amazing with me, I feel totally supported by the club and the manager pushes me every single day.

“I have improved so much as a player and I want to thank Pep (Guardiola) and all the backroom staff for their help. They are completely committed to helping me become the best player I can be and I appreciate their hard work.

“We have been very successful since I came here, which is something that makes me very proud. But to be honest, that success has made me even more hungry for me. Once you start winning big titles, you don’t want to stop.

“City, I feel, offers me the best chance of winning trophies and that’s why I am so pleased to be staying here for longer.”

1 – During the 2021-22 Premier League campaign, Rodri ranked first among all midfielders for successful passes (2629), recoveries (292) and aerial win rate (72%), as well as scoring four goals across the final six games of the season. Extension. pic.twitter.com/Y3xo3kwARG

Somehow, despite the above he was not named in the PFA Team of the Year. No, Premier League footballers, Thiago did not have a better season than Rodri, you great big dafties.

The previous terms of the Spanish international were due to expire in 2024.

Director of football Txiki Begiristain hailed Rodri as one of the best midfielders in the world.

This contract renewal is the latest business completed by City during a busy off-season where Fernandinho and Gabriel Jesus have moved on and the likes of Erling Haaland and Kalvin Phillips have agreed to join Guardiola’s side. Phil Foden and Riyad Mahrez are reported to be next on the list.

“Rodri has been exceptional since coming here, so I am delighted we have managed to agree this new deal,” Begiristain added.

“He is the perfect example of what a top professional should be: he has a fantastic attitude, lives his life in the right way, takes care of his body and trains hard every single day. That is a manager’s dream and I know Pep loves working with him.

“He has improved a lot since coming here and, for me, he is now one of the best in the world in his position.”