Home All The News Rodriguez ‘in disbelief’ over racist language charge 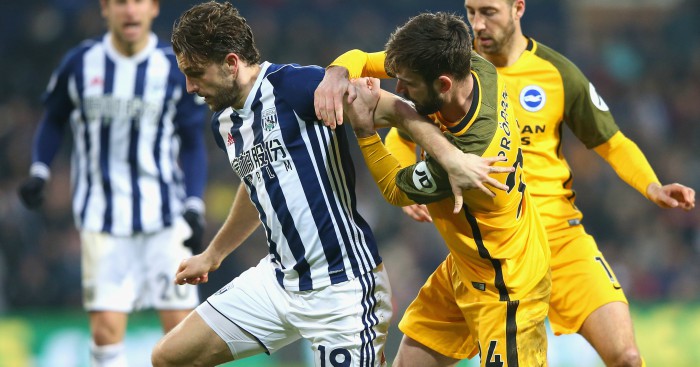 Jay Rodriguez vowed to prove his innocence after the West Brom striker was charged by the Football Association over his clash with Brighton’s Gaetan Bong.

The England international striker said he was “gutted” and felt “disbelief” having been accused by Bong of using racist language towards him in the January 13 Premier League match at the Hawthorns.

If a case against the one-cap England man is proven, the 28-year-old would face a minimum five-match ban.

He, however, believes he should have already been cleared.

Jay Rodriguez has been charged by the FA (Anthony Devlin/EMPICS)

Footage of the incident at the centre of the allegation shows former Southampton man Rodriguez and Bong arguing and bumping into each other. Rodriguez then holds his nose and waves his hand as if to gesture Bong smells.

Bong immediately complained to referee Martin Atkinson who included the incident in his report, and the defender told French television channel SFR Sport that Rodriguez’s comment was “racist in nature”.

But news of the FA charge on Thursday, which has followed weeks of investigation, was followed by Rodriguez writing on Twitter: “Absolutely gutted and in disbelief at the situation I find myself in. I 100% deny the false allegation and will take the correct legal advice to prove my innocence.”

The FA said he was charged with using “abusive and/or insulting words which included a reference to ethnic origin and/or colour and/or race”.

Rodriguez has until February 16 to formally respond to the charge, and West Brom have pledged to stand by him.

The Baggies’ director of football administration Richard Garlick said: “As a club we remain fully supportive and committed to backing Jay throughout this process.”

If the charge is proven, Rodriguez would face a minimum five-match ban as an aggravated breach of FA rule E3, which concerns player behaviour. The rules cite “ethnic origin, colour, race, nationality” among aggravating factors.

Cameroonian defender Bong posted a since-deleted comment on his own Twitter feed after the match against West Brom, writing: “Some words should not be said on a football field and specially not by players Rodriguez words are unforgivable for the man I am!!”

Brighton said their player had the club’s full backing as the FA opened its investigation, while West Brom manager Alan Pardew has said he found it “very difficult” to believe Rodriguez would make a racist comment.