Home Brighton Rodriguez: The truth came out; I am not racist 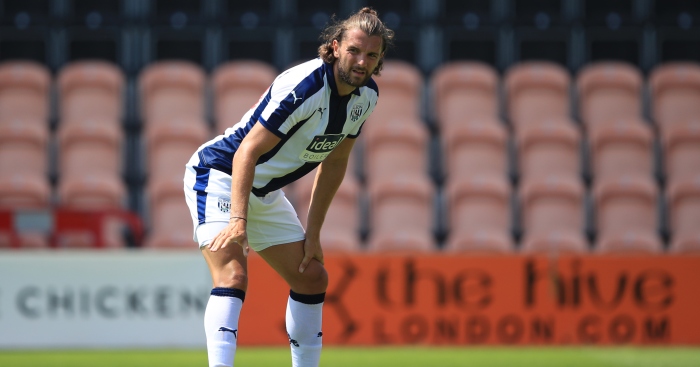 Jay Rodriguez has lifted the lid on the “very difficult” time he faced after being accused of racism during a Premier League game last season.

The West Brom striker was involved in an altercation with Brighton’s Gaetan Bong in January – a spat which the full-back claimed ended in Rodriguez racially abusing him.

A Football Association investigation could not determine what had been said in the on-field discussion between the pair, with Rodriguez not charged as a result.

Since then, the Baggies have been relegated to the Sky Bet Championship, where Rodriguez has struck four goals in six appearances.

But he looks back on the situation earlier in the year as a hard period in his career and insists anyone guilty of racism should face the right disciplinary measures.

“It was a difficult time, very difficult for myself and my family,” Rodriguez told the Daily Telegraph.

“I had to just keep myself focused on what I can affect, like I do with everything. The truth came out.

“Racism is a very serious issue, of course it is. If it was something I did then obviously you need to be fully punished. It’s a serious issue, not just in football but anywhere in life.

“People should report it if they are abused, that is important, so obviously for me it was a big thing straight away. (But) I didn’t do anything wrong.”