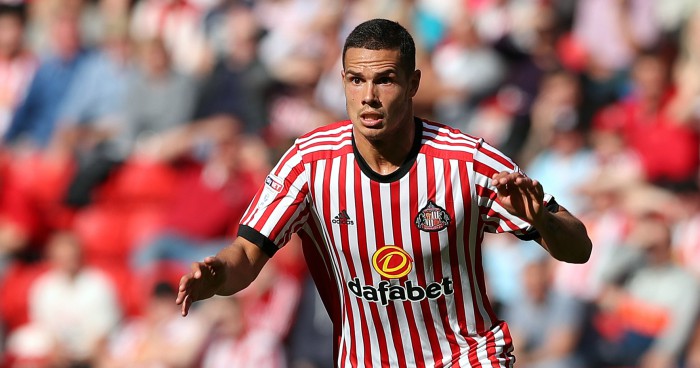 Sunderland have told £10million midfielder Jack Rodwell they will tear up his contract if he can find another club.

Press Association Sport understands the 26-year-old, who has made just 76 senior appearances for the Black Cats during his three and a half years to date on Wearside, has asked to leave the Stadium of Light and has been told he can go for free.

However, it is understood Rodwell, whose five-year contract when he joined the club from Manchester City in August 2014 did not include a 40 per cent wage reduction clause in the event of relegation, is yet to accept the offer.

The capture of the former England international, who was signed by former boss Gus Poyet, was seen as something of a coup at the time, but Rodwell’s time in the north-east has been dismal.

Injuries and a lack of form have hampered his progress, and he was not helped by a woeful record which saw him start 39 Premier League games for City and Sunderland without tasting victory before the Black Cats’ 4-0 win at Crystal Palace on February 4 last year, a wait of 1,370 days.

He last turned out for Sunderland in their 3-0 EFL Cup defeat at former club Everton on September 20, the last of only three appearances during the campaign to date, and has not featured at all under current boss Chris Coleman.

His hopes of a fresh start somewhere else may depend on his willingness to agree to terminate what remains of his £60,000-a-week deal with the cash-strapped club in no position to pay up his contract.