Home All The News Rojo’s challenge was a ‘shocker’, says Neville 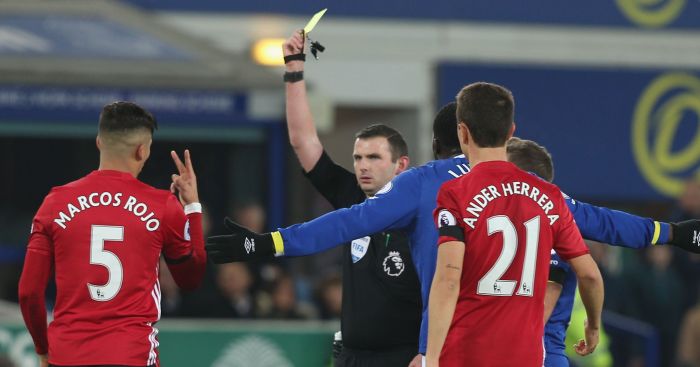 Gary Neville thought Manchester United defender Marcos Rojo was lucky to get away with a yellow card for a challenge on Everton’s Idrissa Gueye during their match on Sunday.

The Argentinian went in two-footed on the Toffees midfielder with the defender only picking up a booking for his actions, and manager Jose Mourinho refused to comment on the incident after the match.

United could only manage a point against Ronald Koeman’s side after Leighton Baines converted a penalty late on to cancel out Zlatan Ibrahimovic’s opener and tie the score at 1-1.

And Neville was quick to condemn the challenge during his duties as a pundit.

“When people go in like that these days… that’s a shocker.

“When you leave the ground like that and go in like that, it’s a red card. He’s got away with that has Rojo. He’s a very, very lucky boy.”