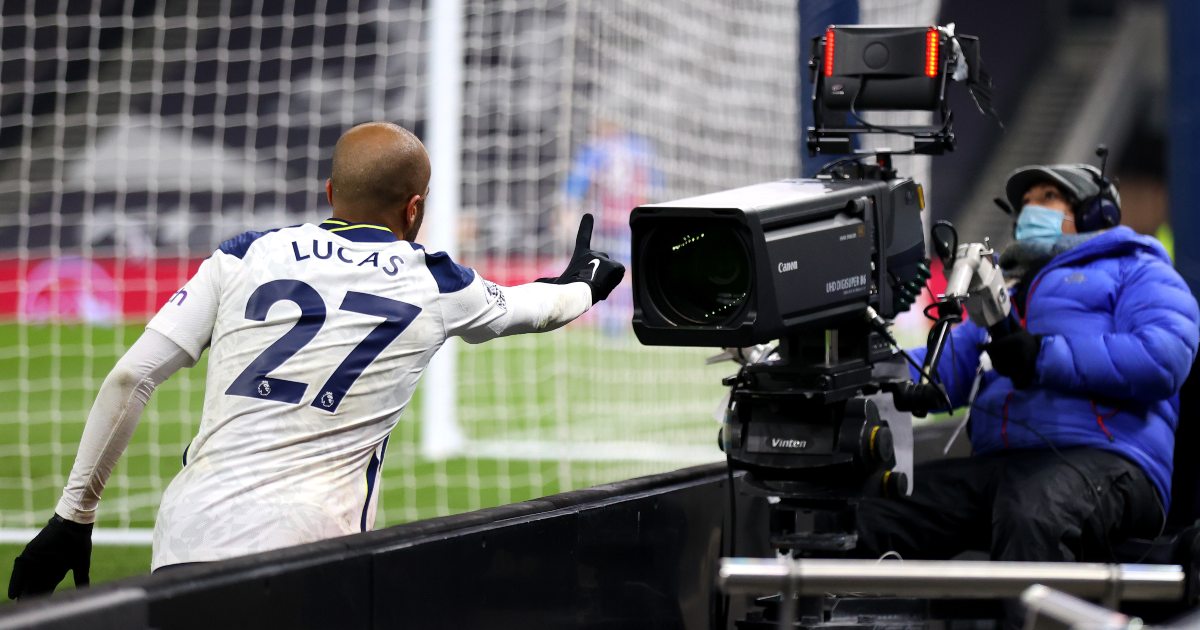 It didn’t make a big splash in the papers. It wasn’t big headline news. But it happened all the same.

Unless you’ve been following this issue closely, it probably went under your radar, but it was a quite profoundly terrible deal for football.

The first important thing to note is how a government that supposedly believes in the free market simply waved through a Soviet-style stitch-up, instead of insisting the broadcast rights were put out to tender. There may yet be legal repercussions.

But while this was typically hypocritical for this lying bunch of inadequates, and while it has surprised many who thought that there would be other more modern streaming solutions to broadcasting football, it nonetheless tells us much about the economics and politics of broadcasting football in 2021.

Whether other broadcasters or platforms even wanted to bid for the rights isn’t clear. There was lots of talk, but very little action from the likes of Facebook, Google etc, though DAZN is considering a legal protest, so we can assume they might have put their toe into the polluted Premier League waters. However, there was certainly no big bid from any of these in the pipeline. We know this because the Premier League would have grabbed it immediately.

Because the league is great at selling itself as big and important, we tend to think it is very desirable to broadcasters. But even if we accept that was once true – which is contestable – is it true anymore? Savvy broadcasters have seen through the league’s self-serving PR and know that buying the rights at the current levels guarantees you will lose money on every single game and end up in the red to the tune of billions.

To the digital giants, football is but a pea to a pumpkin, not financially significant enough to commit much time and money to.

Others suggested clubs will take broadcasting rights into their own hands and stream their own games (good luck doing that in my area with its nine meg of broadband). While there’s a logic to this, it fails to understand that it isn’t matched by the club’s desire or ability to do so. Their preferred option is to get a lot of money from a broadcaster and not have to do anything for it, other than open the gates for Sky or BT Sport to come in.

To stream their own games would involve extensive logistics, costs and most important of all, would not guarantee a level of income. More than that, while it might be okay for Manchester United and Liverpool, others would likely lose a lot of income.

A club that might get 30,000 in the stadium would need to get 300,000 viewers paying £10 per head just to roughly gross the same money they currently get per game. Reduce the cost to £5 and that means you’ve got to get 600,000 paying. Is that likely? Even if it is, you’re still no better off and have had to become a part-time broadcaster.

The Big Six could possibly get the viewer numbers but – having shit the super league bed – cannot now go it alone with a separate broadcast deal, not least as it contravenes Premier League collective bargaining rules.

But why have Sky and BT Sport and Amazon agreed to pay the same money when they know it is not worth that money and that they didn’t have to? It is initially puzzling but I think it can be explained.

Let’s discount Amazon in this discussion. Their involvement is a piddling 90 million quid over three years for 20 games. That £4.5 million per game still vastly over-rates the commercial value of those matches, but will be looked on with envy by the other two as they hand over around £9 million per game.

Amazon is just pissing around at the edge of this and is not a serious player. They currently boast $830,000 in revenue per minute, yes per minute, so have no need for something as small and weedy and relatively unpopular as the Premier League to broadcast. They earned that £90 million in under two hours and are just using it as ad spend to boost Prime subscriptions. They won’t release any viewer figures, so we must assume they are terrible and would be laughed at in the court of public opinion. Their long-term commitment to the sport is non-existent.

BT Sport is ‘seeking a strategic partner for the pay-TV business’. In non-wanker language, this means they need someone to buy their TV output who can afford to absorb the massive losses they’re making on football, currently an impressive estimated £2bn.

They want out but there are no buyers so far. They probably reason that if they stay in the game for three more years, they can amortise some of the losses and have a chance of cauterising the rest of them if they can agree some sort of deal with this possibly mythical strategic partner. If they jump ship now, they’ve lost any hope of reducing the losses, but this is the last time they’ll be involved. BT Sport has failed. It’s been conned into thinking the Premier League has a popularity commensurate with the fees they paid. It doesn’t. It never has.

That just leaves Sky. Sky is owned by Comcast and they’re apparently reducing commitment to live sports rights, which might be bad news in the long run for Sky’s football coverage, but at this point, at least in the UK, so much of their self-identity is tied up with Premier League broadcasting, having been in at the start, and having wholly normalised the concept of paying to watch football to such an extent that people defend the broadcaster’s right to subject the game to economic apartheid, that it can’t now let it go. It’d look weak. It looks like they’re not as important to the sporting culture of the nation as they sell themselves to be.

The league is their virility symbol and the games are often the most popular programmes on a network where its most viewed shows pull in around 700,000 in total.

While that doesn’t even touch the sides of that nine million quid spent per game, it’s enough popularity, by their standards, to justify their involvement for three more years. Despite once again massively overpaying, it was a painless extension, paid for by the profitable non-football part of the business. But if BT Sport is two billion in the hole, Sky – while more popular – cannot be that far behind and there’s only so long its executives are going to sign off on the losses.

We are in a very odd, perverted situation where the game at the top is replete with money, despite always being unprofitable for broadcasters for the entirety of its lifetime. It’s like being paid to keep your shop open, even though you can’t attract enough paying customers to make a profit. That it has sold itself for so long as somehow at the thrusting apex of free market capitalism is bizarre and is not related to the facts. Rather, it looks more like it’s on welfare.

The caveat for this deal to happen is an extra £100million for the pyramid below the Championship. Or put another way, if it was divided up evenly (it won’t be) it’d be an extra £469,000 per season for each of the 71 clubs in League 1, 2 and National League. A desultory amount for many.

Parachute payments remain, distorting and warping the Championship, prompting an EFL spokesperson to say that “clubs spending 107% of turnover on wages, £300m of losses, £380m of owner funding and £1.1bn of debt is neither profitable nor sustainable”. But then, the Premier League doesn’t give a damn about any of that. It doesn’t even believe it should be paying any money to anyone outside its own shores and wouldn’t be if it had its way. It is utterly reliant on handouts from non-profitable broadcasters to prop up its own ridiculous largesse and doesn’t like sharing.

So Championship clubs are left trying to compete with clubs in receipt of £42million parachute payments with the £4.5million over three years in solidarity payments they get from the top flight. They just hope that relegated clubs are so badly run that they waste the money. To cure this disease, the Premier League’s income from broadcasters needs to be absolutely destroyed and sadly, this deal puts that off for another three years. Doomsday has been put on hold.

This rollover perpetuates the same deal and all the same problems. It offers no solutions, and seems happy enough that the Premier League is still the big ugly bull breaking all the really valuable china in the shop, while defecating up the walls.

A judgement day is coming, but just not yet. It has three more years in the UK to pretend to us and itself that it is wildly successful as a television product. We should not be fooled.