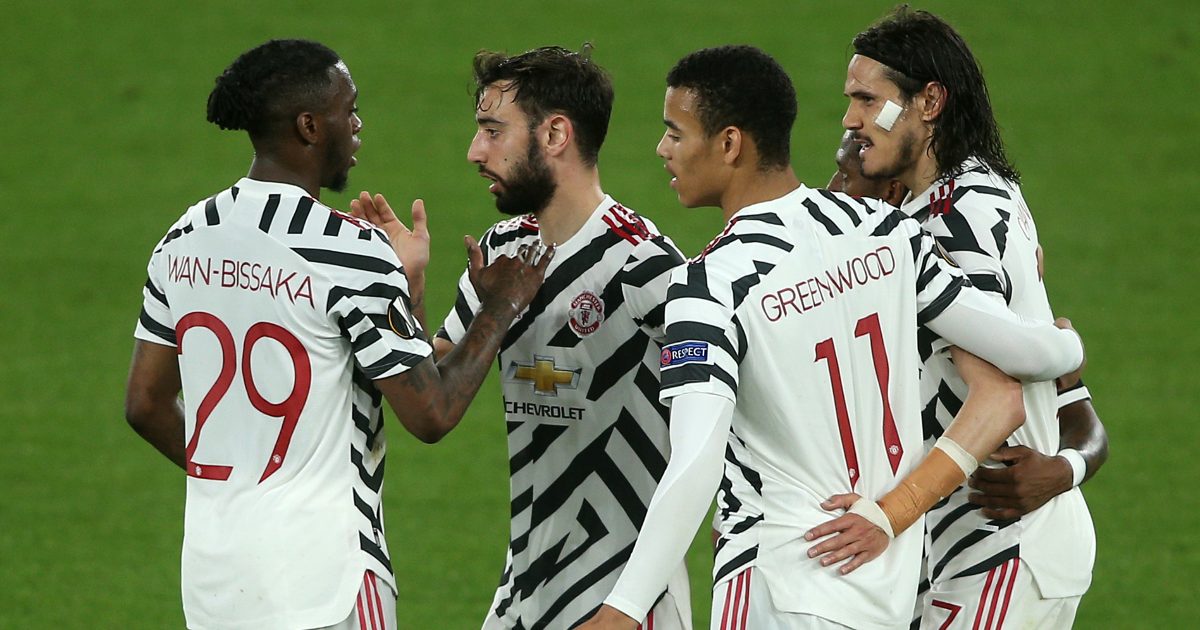 Man United fell to a 3-2 defeat in the second leg but their first leg advantage was too much for Roma to overcome.

Having fallen at the semi-final stage on four occasions across the last two seasons, the Red Devils made it fifth time lucky to set-up a shot at glory against Villarreal in Poland on May 26.

Last week’s 6-2 victory at Old Trafford meant United already had one foot in the Gdansk finale ahead of the trip to Italy, where Roma made things uncomfortable and won an entertaining semi-final second leg 3-2.

Cavani was the star of the 8-5 aggregate triumph as he followed his first-leg brace with another pair in the eternal city, where he fired the visitors into a first-half lead from a fine Bruno Fernandes pass.

But David De Gea was the standout performer at the Stadio Olimpico, producing fine early saves and then some outstanding stops as Man United wobbled following quickfire Edin Dzeko and Bryan Cristante efforts.

Cavani rose to head United back level on the night from another superb Fernandes ball, but Roma gave it their all days after it was confirmed that Paulo Fonseca would be succeeded by Solskjaer’s predecessor Jose Mourinho.

Teenage debutant Nicola Zalewski fired home a deflected late effort to seal the spirited hosts a second-leg victory, but it is the Red Devils heading to Poland for a shot at their first trophy since winning the competition in 2017.