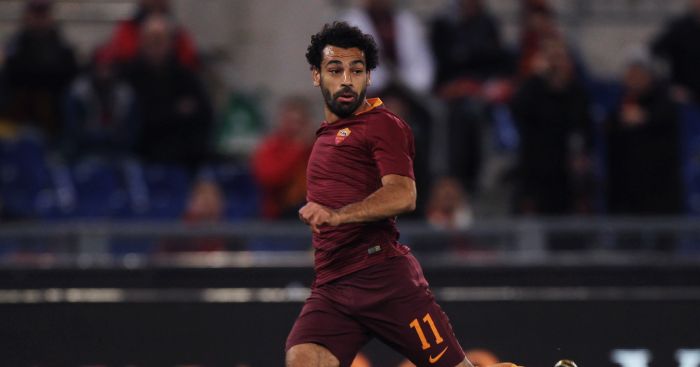 Roma president James Pallotta insists “there’s nothing in” reports that Mohamed Salah is closing on a move to Liverpool.

It was claimed on Monday that the Reds could complete a potential club-record move for the winger by the end of the week, with £90,000-a-week wages already agreed.

But Roma president Pallotta has rubbished those rumours, stating that no deal is done yet.

Speaking to SiriusXM radio regarding Salah, Pallotta said: “With these questions you seem like the Roman reporters!

“In any case, there’s nothing in it at the moment.

“We continue to receive offers for many of our players and if we were to listen to all of them, we’d lose three quarters of the squad. Now we’ll see what to do.

“In order to improve, we need four or five quality reinforcements, because we’ll be taking part in the Champions League too next year.

“This season we’ve been penalised by injuries, especially in defence. Alessandro Florenzi’s injury cost us at least four points.

“We also don’t have enough strength in depth for the attack. Edin Dzeko scored 39 goals, but if he had got injured, I don’t know how our season would’ve ended.”