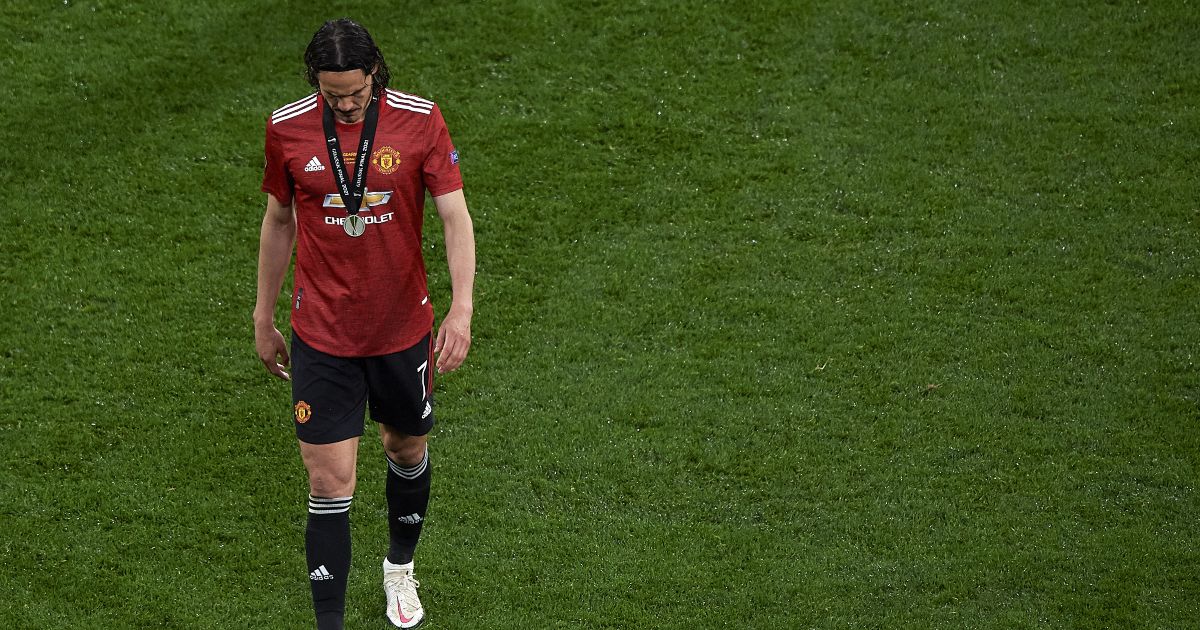 Roma have a ‘basic agreement’ with Man Utd striker Edinson Cavani over a summer move, according to reports in Italy.

It was announced in early May that Cavani had agreed to stay at Old Trafford for another season with the Red Devils desperate to keep him on their books.

The Uruguayan was a valuable member of Ole Gunnar Solskjaer’s squad last season, contributing 17 goals and five assists in all competitions.

There were rumours that Cavani could choose to return to South America with Argentinian side Boca instead of committing to another season at Man Utd.

He decided to stay at Old Trafford – but there are now rumours that Serie A side Roma have some sort of ‘agreement’ with the 34-year-old.

It has been rumoured that Edin Dzeko could be ‘very close’ to leaving the Italian club to sign for Fenerbahce and now Jose Mourinho apparently wants to bring Cavani to Rome.

“The problem isn’t Dzeko, who wants to leave, but that there’s no team that wants to take the Bosnian. There was a Juventus poll but they are unwilling to give them what they ask for.”

Any deal seems very unlikely but Calciomercato‘s Coccia claims that Man Utd would be due compensation if a transfer went through this summer.

He added: “Tiago Pinto is strongly probing Cavani, in principle there’s a basic agreement between the club and the player. The problem is that Cavani isn’t expiring and it will be necessary to give United compensation.”

Speaking about rumours that he almost joined Boca, Cavani told TyC Sports in May: “The Boca thing was a chance that was on the table. It was always very clear. Roman didn’t call me when I arrived in Manchester to say ‘come’.

“He communicated with me from the time I was in Paris, that is, I’ve been in contact with him for a few years now and not for him to tell me ‘you have to come’, ‘come here’, but to be in contact, to congratulate me, to recognise things that as a footballer he thinks are very good and he likes them. I’ve had talks with him, but things have always been very clear between him and me.

“It was something that was concrete. They showed me their interest, their desire to want to have me at their club. I appreciate it and I appreciated it, I’ve always told them. They know perfectly what I feel and what I think. The possibility that they’d take me was real, but I was always very clear, things were always very clear.”