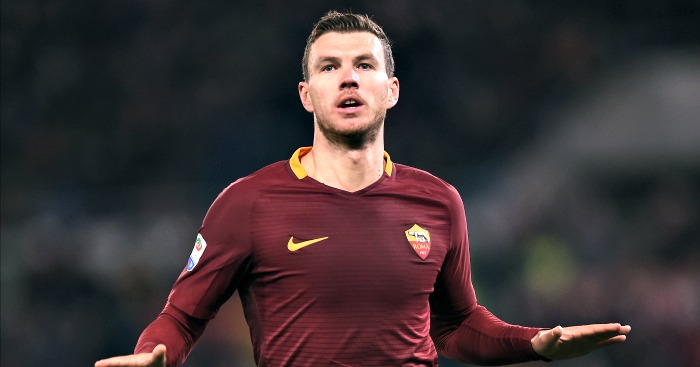 Eusebio Di Francesco has confirmed Edin Dzeko will start for Roma in Wednesday’s Serie A clash at Sampdoria, despite rumours of an imminent transfer to Chelsea.

The former Manchester City striker is a target for Blues boss Antonio Conte as he looks to bolster his attack, with Alvaro Morata struggling for form and Belgian forward Michy Batshuayi used sparingly in the starting line-up.

The Premier League champions have also been linked with moves for West Ham’s Andy Carroll, Stoke’s Peter Crouch and Burnley’s Ashley Barnes during the January transfer window as Chelsea look for a target-man to back up for Spain international Morata, who has failed to score in his last six matches in all competitions.

Recent reports have suggested a double-deal for Dzeko and left-back Emerson Palmieri is close to a conclusion, but the Giallorossi boss insists the Bosnian forward will lead the line at Stadio Luigi Ferraris.

“As things stand at the moment, he will (start). Obviously I’m going to have to assess things and see what frame of mind he’s in. I’ll speak to him about it.

“I have to make sure everyone is ready for it – including the players whose names are in the papers.

“As things stand, all the players who are here are available for this hugely important match we have to play in 36 hours’ time.”