Home All The News Roma chief: No bids for Alisson in January 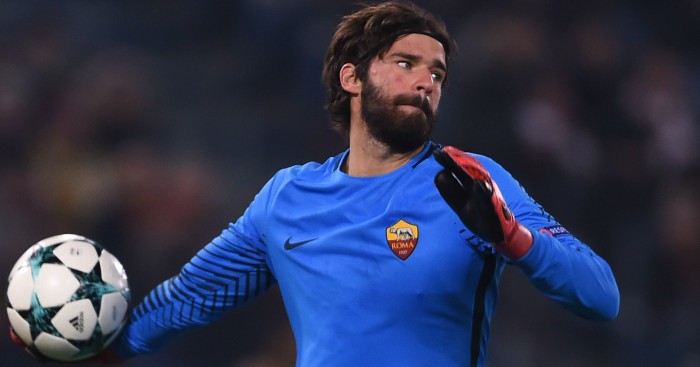 Liverpool did not made a January offer for reported goalkeeper target Alisson Becker, according to Roma.

Italian outlet Il Tempo claimed last week that Jurgen Klopp had lodged a bid for 25-year-old Alisson, but the Serie A side turned down the offer.

There was no indication of the size of the bid, but the report claimed Roma told Liverpool Alisson would cost £44million and they wanted to hold on to the player until at least the end of the season.

But it now turns out Roma did not receive a bid for Alisson, according to sporting director Monchi.

Monchi told Football Italia: “Did any offers come in for Alisson? No. It’s too early to talk about the next transfer window, it’s not very useful talking today about who will stay or go.

“Let’s start talking about play, technique, tactics… that would be more useful for everyone.”

Klopp is understood to have earmarked a new goalkeeper in the summer after dropping Simon Mignolet in favour of Loris Karius.

Mignolet, 29, looks as though his time at Anfield is coming to a close and Klopp will not be put off by Alisson’s £44million fee after spending £75million on Virgil van Dijk at the start of January.

Alisson though, who is under contract until June 2021, may need persuading about a move away from Serie A.

“I am happy in Rome,” Alisson told Sky Italia, last month after being linked with Liverpool and Paris Saint-Germain.

“It’s always a pleasure to feel that lots of people are monitoring you but my head is focused on Roma. I leave my future in the hands of God.

“In June, maybe we will speak about it again but for now I am concentrated on Roma.“

Together with my teammates, we have done a great job to not allow the loss of [Wojciech] Szczesny to be felt by the fans.

“I have worked very hard and want to continue along that track.”