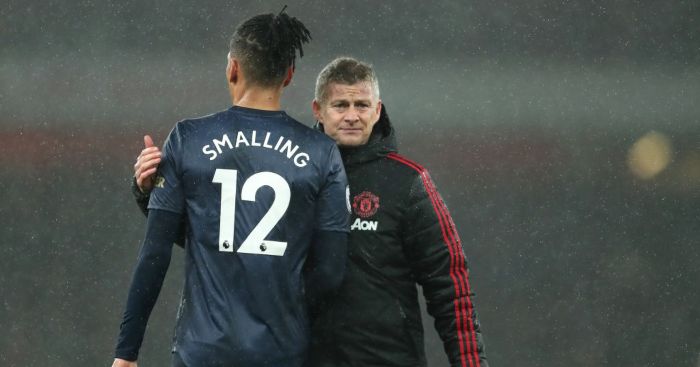 Serie A side Roma have made an offer to Man Utd for defender Chris Smalling, according to reports.

Smalling is back at Old Trafford after reaching the end of his successful loan spell with Roma. The Englishman performed well in Italy, making 37 appearances in all competitions while in the capital.

The Serie A outfit have already attemped to reach an agreement with Roma over the summer but they had failed to strike a deal.

There have been rumours that there is interest from Newcastle United with manager Steve Bruce thought to be interested in taking him to St James’ Park.

However, Goal claims that Roma have ‘re-opened transfer talks’ with Man Utd as the Italian club put a €12m (£11m) bid on the table.

Ole Gunnar Solskjaer has left the door open for Smalling to become part of his squad, he said recently: “I think Chris has shown over his career how valuable he is for Man United.

“This season was about him being a regular, going to Roma, showing and proving how good a centre-back he is. I wanted to give Harry (Maguire), Vic [Victor Lindelof], maybe Axel (Tuanzebe) a chance, so we found out that was the best for him to go to Roma, play for a year.

“Now he’s coming back and Chris has shown this season that he will be valuable. I’ve been speaking to Chris throughout and been delighted with his season.”

Goal adds that Man Utd are holding out for a deal around €20m (£18m) ‘but it may be that a compromise is reached somewhere between that asking price and the terms already put to them’.