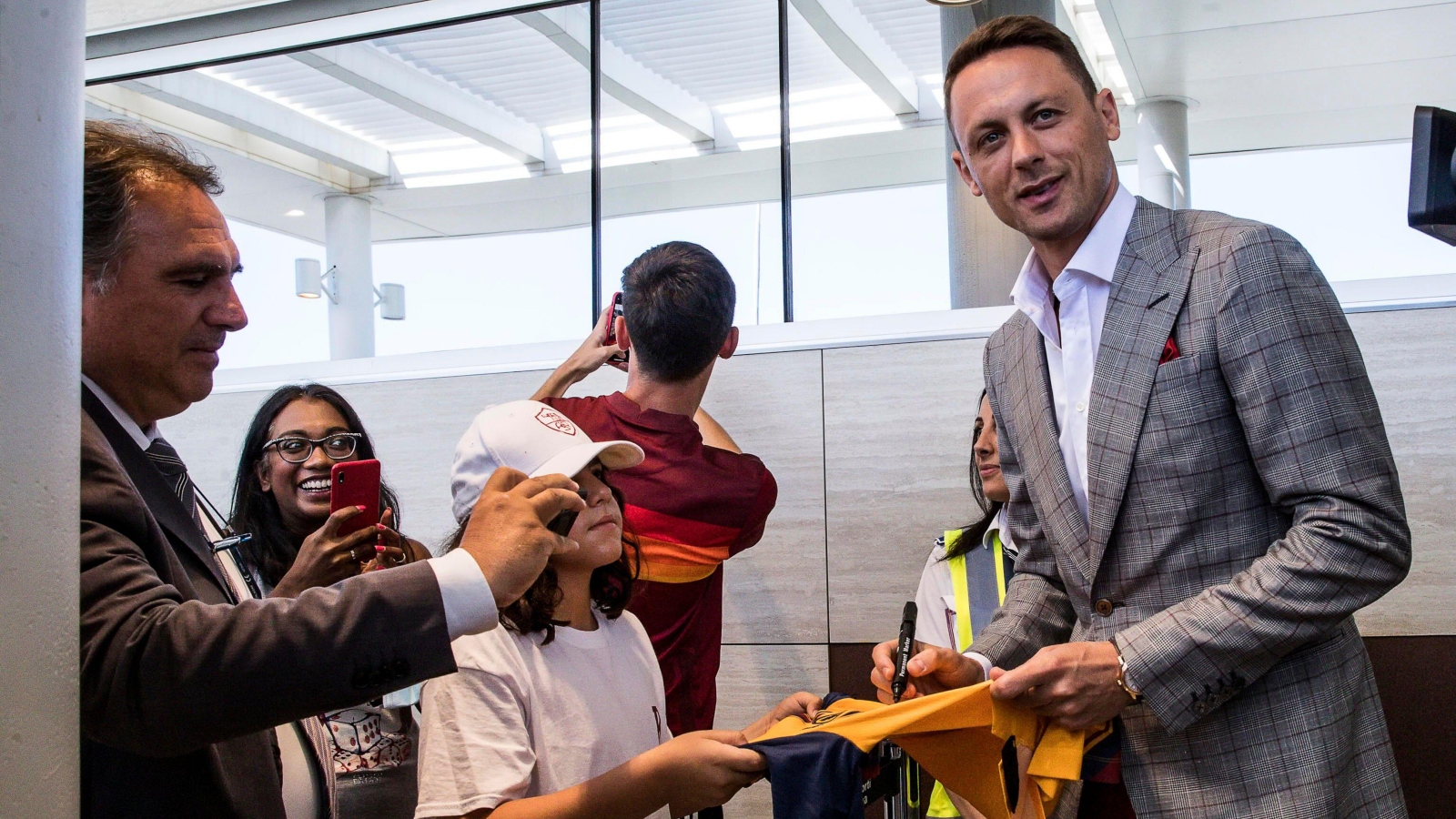 Nemanja Matic has joined AS Roma on a free transfer following the expiry of his Manchester United contract, the Serie A club have confirmed.

The 33-year-old Serbia international, who revealed in April that he would be leaving Old Trafford at the end of the season, is reunited with former United boss Jose Mourinho for a third time.

Roma said in a statement on their official website: “The club is delighted to confirm the signing of Nemanja Matic.

Matic, who spent five years at United after joining from Chelsea, added: “I am pleased and honoured to be joining this club and I cannot wait to start the new season with my team-mates.

“Roma is a big club, with amazing fans and a coach, Jose Mourinho, who is well known to everyone – making the decision to come here very straightforward.”

“I hope that by working together we are able to achieve some great things.”

Matic, who won two Premier League titles with Chelsea in 2015 and 2017 – the first under Mourinho – signed a new three-year deal with United in 2020, but the final year was optional.

He made over 100 Premier League appearances during his spell at Old Trafford after arriving from Chelsea for £40million in 2017, but started only 16 times last season.

Chelsea first signed him from Kosice in 2009, but he moved on to Benfica after limited game time in 2011 before returning to Stamford Bridge for £21m in 2014.

Roma’s general manager Tiago Pinto added: “Nemanja brings with him to Roma not just a lot of quality on the pitch, but the vast experience he has gained from so many seasons in the Premier League and a focus and mentality that has consistently set him apart throughout his career.”