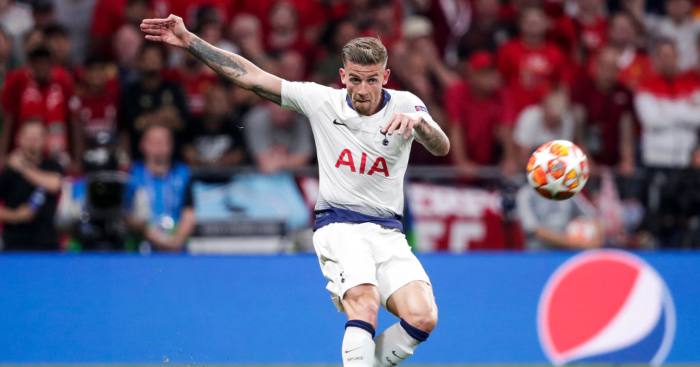 Roma are considering offering a player in exchange for Tottenham defender Toby Alderweireld, according to reports.

A deal for Tanguy Ndombele seems as good as done as he arrived in London for a medical on Tuesday after Spurs agreed a transfer fee with Lyon.

That would take the total of signings to two this summer after 517 days without a signing at all with Jack Clarke signing on Tuesday, and now there is news of a possible outgoing.

The Guardian claims that Roma are ‘considering a move’ for the Belgium defender and have ‘floated’ the idea of a swap deal.

The Italian giants could be ready to exchange midfielder Nicolo Zaniolo for Alderweireld with ‘Spurs paying a surplus’.

20-year-old Zaniolo is valued around £40m, while Alderweireld is available for £25m due to a clause in his contract at Spurs.

To meet the clause, Alderweireld must be signed ‘at least 14 days before this summer’s window closes on 8 August’.

Roma are ‘open’ to a deal for Alderweireld but will not bid for Kieran Trippier or Danny Rose, who Tottenham put ‘forward’ as potential transfers to the Serie A outfit.