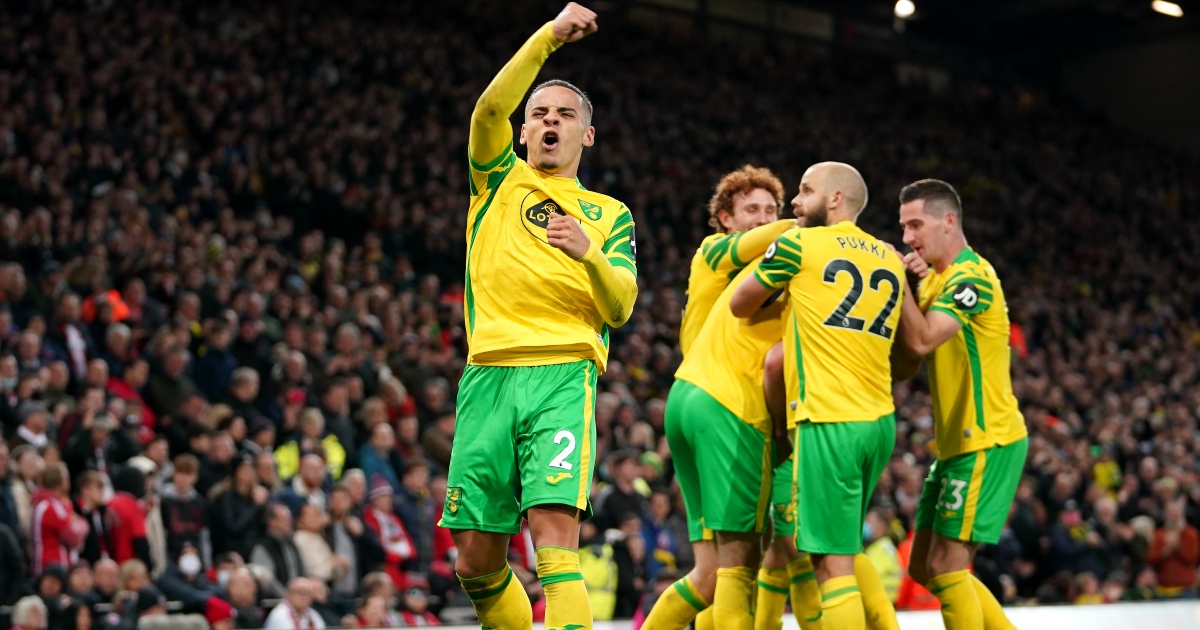 AS Roma are eyeing up a move for Norwich City’s Max Aarons as they are keen to bolster their right-back options, according to reports.

Aarons joined the Canaries from Luton Town in 2016 at 16 years old and has gone on to make over 140 appearances for the Norfolk club.

He emerged as first-choice right-back at Carrow Road during the 2018/19 season in which Norwich were promoted from the Championship.

The 21-year-old made 36 appearances in his first season in the Premier League as Daniel Farke’s side were relegated back down to the second tier.

Should they wish to cash in on Aarons in January, or in the summer, Norwich will have no issue in finding a taker for the right-back.

One team that has emerged as a surprise candidate to sign the England Under-21 international is Serie A side Roma, who have a ‘concrete’ interest in the player, according to Corriere dello Sport.

🇮🇹Antonio Conte’s Spurs are leading for his signature with Everton and Roma also interested.

The Italian giants are reportedly keen to bolster their right-back and defensive midfield options in the winter transfer window.

Aarons is valued at around £20million, with Roma keen on bringing him in on loan until the end of the season with an option to buy.

The report adds that Premier League duo Everton and Tottenham are also interested in the 21-year-old.

Roma have also shortlisted Manchester United’s Diogo Dalot as a potential signing, but with his game time increasing since the arrival of Ralf Rangnick, the Red Devils will likely be more reluctant to offload the Portuguese.

Elsewhere, Championship outfit Preston have announced that Ryan Lowe is their new manager following the departure of Frankie McAvoy.

The latter left on Monday and Lowe resigned from his role at Plymouth Argyle on Tuesday before being confirmed as Preston’s new manager.

“Ryan will take over with immediate effect, joining from Plymouth Argyle, a club he guided to promotion from League Two to League One in the 2019/20 season, and they currently sit fourth in the third tier.”