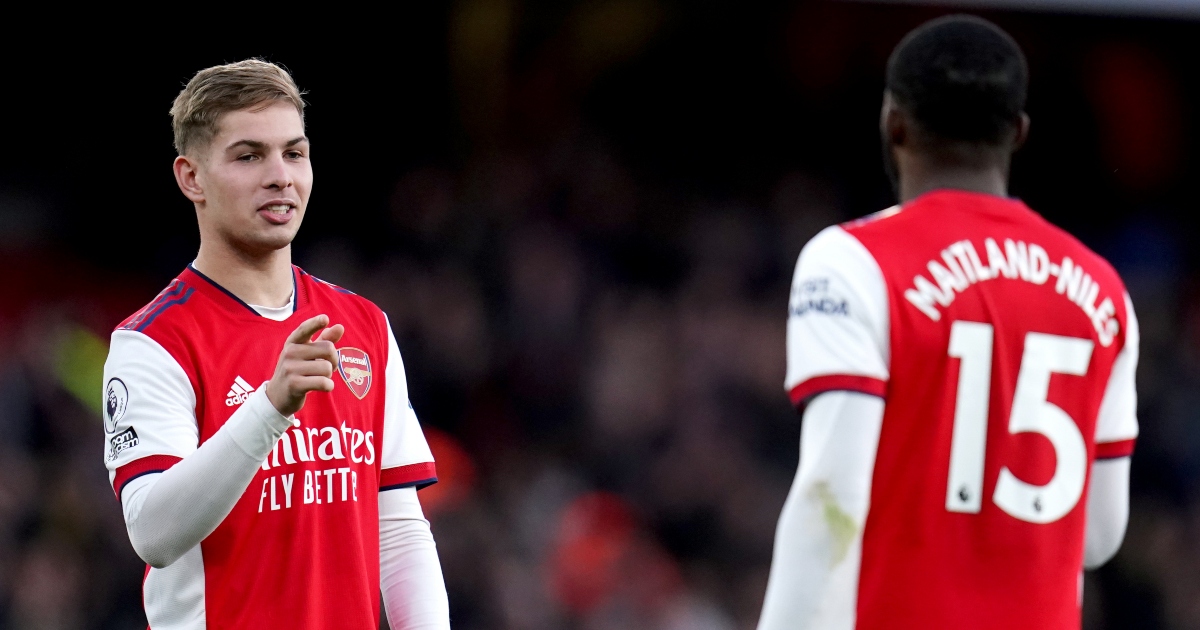 AS Roma are “in talks” with Arsenal over signing Ainsley Maitland-Niles on loan in the January transfer window, according to reports.

At the same time, Maitland-Niles was linked with Everton but a move did not come to fruition.

The 24-year-old had “clear-the-air talks” with manager Mikel Arteta following the end of the summer window, and was reportedly guaranteed more playing time in midfield this season.

He has only started two Premier League games in 21/22, however, playing eight league encounters in total.

With his playing time remaining scarce, Maitland-Niles could leave Arsenal in January, despite the Gunners losing Mohamed Elneny and Thomas Partey to the Africa Cup of Nations.

According to ESPN, Serie A club Roma are “in talks” with the north Londoners, and the player is “open to the move”.

The report adds that Roma are keen to bring Maitland-Niles in on loan with the option of making the move permanent in the summer.

Meanwhile, Paul Merson thinks Arsenal are like “a bag of Revels” but reckons “a top-four finish is within reach” for Mikel Arteta’s men.

“Arsenal have been playing very well this month – they’re bright all over the pitch,” Merson told Sportskeeda.

“They’re flat-track bullies at the moment, and I have no problem with that. Arsenal are better than a lot of the other teams in the Premier League, but they struggle against the big three. They’re a bag of Revels – you don’t know what you’re going to get.”