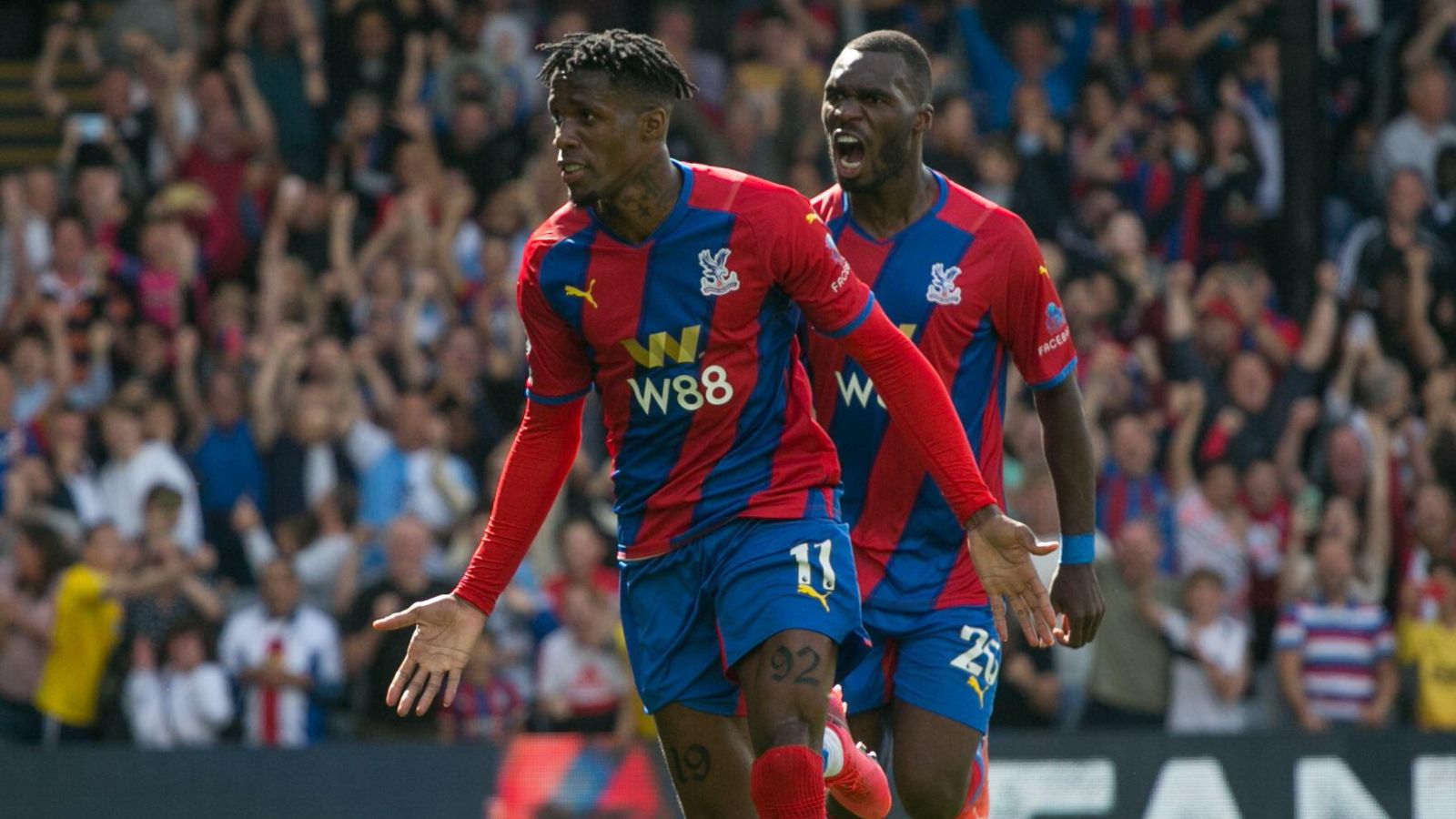 Serie A side Roma are looking into the possibility of bringing Crystal Palace forward Wilfried Zaha to Italy this summer, according to reports.

Zaha signed a five-year deal to stay at Selhurst Park back in 2018, meaning the Ivory Coast international has just one season remaining on his contract with the Eagles.

And there were reports in April that Palace are ‘open to offers’ for the former Manchester United flop with Arsenal and Everton among the numerous clubs linked in the past.

Nathan Ake next? Five players who went back to their youth and how they fared

Zaha briefly left Palace in January 2013 for Man Utd – where he played just two Premier League matches – but he returned on loan in August 2014 before completing a permanent transfer back to Selhurst Park in February 2015.

The Ivorian has scored 83 goals in 430 appearances in all competitions across his two spells at Crystal Palace with Zaha in impressive form last campaign, contributing 14 Premier League goals as Palace finished 12th.

And now chief editor of TuttoMercatoWeb, Marco Conterio, has claimed that there is ‘contacts in progress’ between Roma and Crystal Palace over the transfer of Zaha to Serie A.

They want to ‘give’ former Manchester United and Tottenham boss Jose Mourinho one of his top targets in Zaha with Nemanja Matic, Zeki Celik and Mile Svilar arriving at the Stadio Olimpico so far.

Arsenal have been linked with Zaha numerous times over the last few years but Emmanuel Petit said back in April that he doesn’t want players like the Crystal Palace star to block the path of youngsters into the Gunners first team.

Petit said: “I love watching Zaha. He’s an electric player. He can be strange on the pitch sometimes, with his provocations. But I really liked his reactions against Arsenal, he controlled his reactions, he was smiling, he was very confident. It should be like that for every game.

“Of course, he would fit in well at Arsenal. But my question would be, what do you do with Gabriel Martinelli? Martinelli has been very good since his injury and he’s following in the same footsteps of Emile Smith Rowe and Bukayo Saka.

“This is the next generation of Arsenal players and if you brought in Zaha then he’d play regular football and Martinelli would be on the bench.

“So I’m not quite sure about that. Arsenal need competition in their squad, for sure, but when you see the prospect of young players, you have to be very careful with the players you bring into the club.”