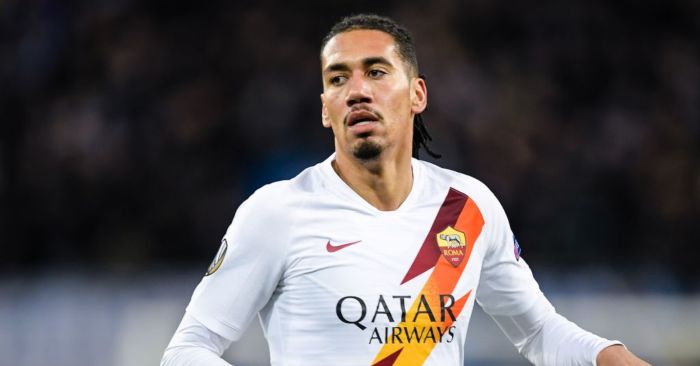 Serie A side Roma are closing in on a deal for Man Utd defender Chris Smalling with the clubs nearing an agreement, according to reports.

Smalling is back at Old Trafford after reaching the Roma end of his successful loan spell with Roma. The Englishman performed well in Italy, making 37 appearances in all competitions while in the capital.

The Serie A outfit have already attemped to reach an agreement with Man Utd over the summer but they had failed to strike a deal.

Roma were reported to have ‘re-opened transfer talks’ with the Red Devils in early September with the Italian club putting a €12m (£11m) bid on the table.

Nothing has materialised over the past few weeks but now David Ornstein and Laurie Whitwell of The Athletic claim that Roma are ‘closing in on the permanent signing’ of Smalling from Man Utd.

The report adds: ‘Significant progress was made on the deal on Wednesday and only the final details of the transfer now need to be resolved between the two sides’.

Man Utd are still understood to want a fee in excess of £18m and closer to £20m and it ‘now looks like Roma’s offer will satisfy United’s demands’.