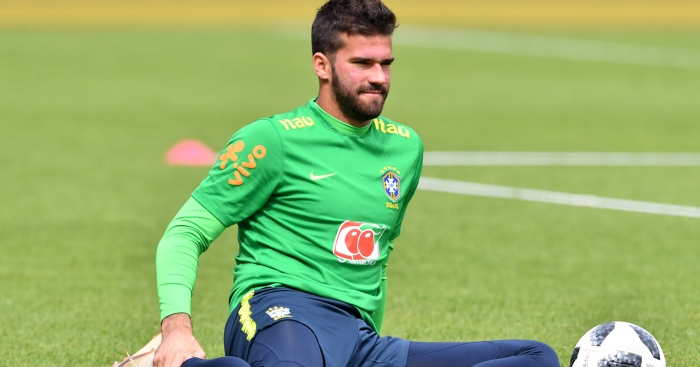 Roma director of football Monchi has delivered the latest update on Alisson’s world-record move to Liverpool.

Liverpool agreed a fee of £66.7m to sign Alisson on Wednesday, with Roma extricating a world-record figure for a goalkeeper.

The Brazilian landed in the UK on Wednesday evening and will undergo a medical shortly after discussing personal terms with Liverpool.

Monchi was eager to stress that the deal was “not done”, but should be completed in due course.

“We haven’t closed anything, the deal will be closed when everything is ready,” Monchi said.

“The lad is in Liverpool, it’s true, and it’s true that we’re in very advanced negotiations, but it’s not done. If everything goes normally it will be closed soon.

“I’ve explained it many times, the work of a sporting director isn’t just buying players, to plan, but also to understand what’s best for the club. The financial side also has to be considered.

“A very big, out of the market offer arrived. We evaluated the pros and cons and made the choice to speak to Liverpool.

“We need to have ambition, but with our heads screwed on. Alisson is very strong, if he’s not the best in the world then he’s certainly up there.

“But he’s had to go on a journey too, but we had a great goalkeeper who needed time.

“I know time doesn’t exist for fans, but sometimes it’s what you need.

“I have to thank Alisson, I never felt him pressurising me to leave, but if he’s accepted then it’s because he wants to go.

“When reading about so many clubs, like Real Madrid or Chelsea, being interested in Alisson I could have done two things.

“I could have pretended there was nothing or moved on, or I could understand that something could happen and work to do the best for the club.

“People can say whatever false things they want, but anything I say or do is for the good of the club.

“In the last month I realised that something was going to happen, though it wasn’t certain an agreement would be found.

“When a club which is so strong financially comes in though, you start to understand that something could happen.”