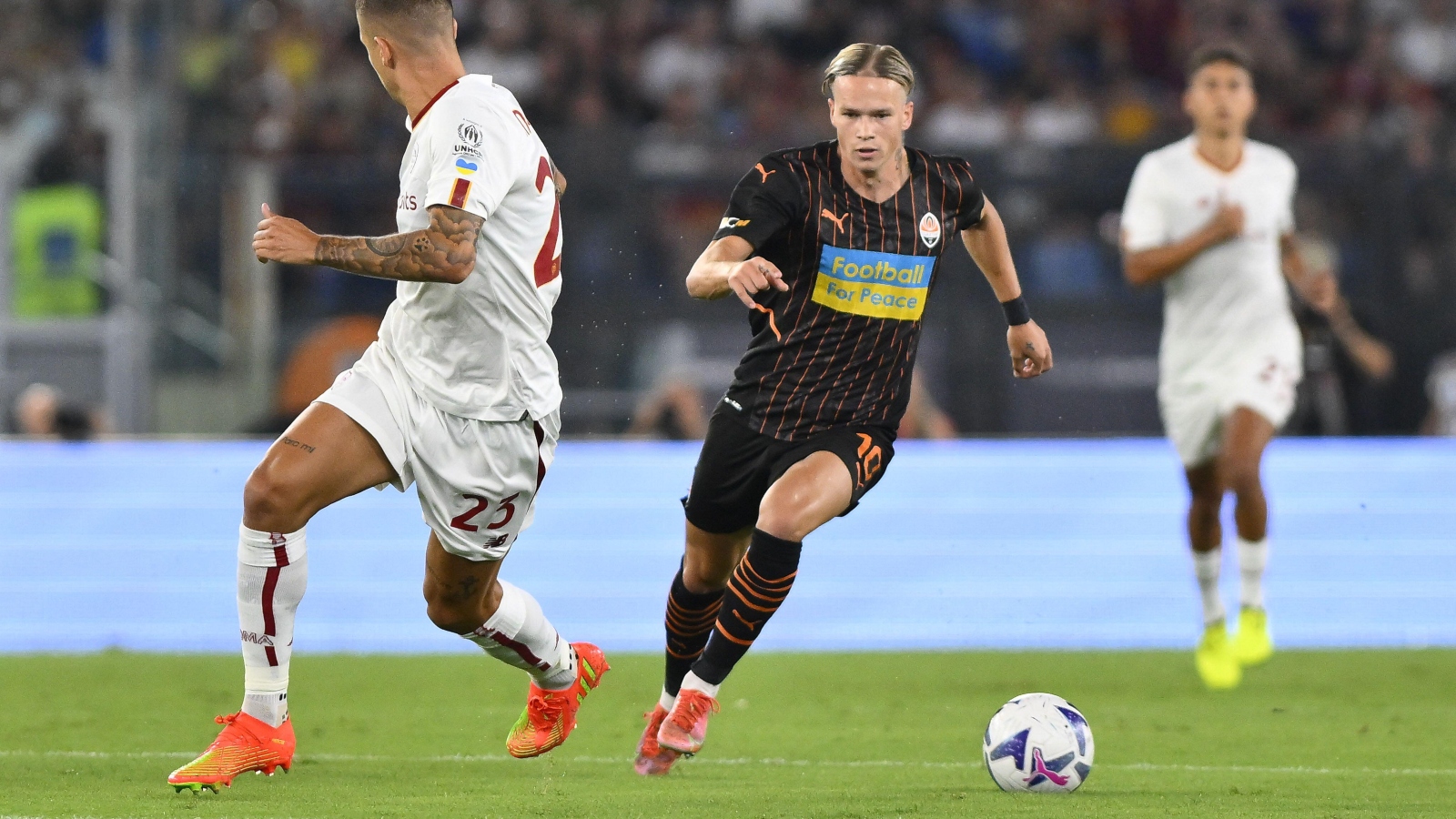 Shakhtar Donetsk winger Mykhaylo Mudryk is one of the hottest properties in European football and is expected to cost ‘more than €50million’, according to Fabrizio Romano.

The Ukrainian youngster was linked with a summer transfer, with Brentford and Everton reportedly lodging a bid to sign him.

A move failed to come to fruition, however, and more and more clubs seem to get linked with the 21-year-old on a daily basis.

As well as the aforementioned Premier League pair, Liverpool, Newcastle United, Arsenal and Sevilla are believed to be interested.

The Gunners could certainly do with a new winger following the loan departure of Nicolas Pepe, who returned to France to join OGC Nice.

Liverpool, on the other hand, could do with anyone given their disappointing start to the 2022/23 campaign.

It has been reported that Shakhtar’s stance on Mudryk has changed since Manchester United shelled out €100m to sign Brazilian winger Antony from Ajax.

The Ukraine international was apparently valued at around €35m, but he might cost around double that now given the ridiculous fee United paid for their shiny new toy.

Although ‘Manchester United tax’ is certainly a thing, so is Premier League tax, and the likes of Arsenal and Newcastle have to pay over the odds to sign anyone these days.

It promises to be an interesting transfer saga involving Mudryk, and for all we know he could stay with Shakhtar until the end of the season.

The Ukrainian outfit have a pretty decent Champions League group and could potentially advance to the knockout stage.

Arsenal will not be able to offer that this season, while Liverpool will be hoping they can.

Having said that, transfer guru Fabrizio Romano has said he thinks Mudryk will be “linked with 15 clubs in the next three months”.

If a club comes in with an irresistible offer – which is very possible given the level of interest in the player – Shakhtar could sell up in the winter transfer window.

“Despite growing speculation, I have no updates on Mudryk now – I think he will be linked with 15 clubs in the next three months, and it’s normal as he’s a top talent, but nothing will be decided now,” Romano told CaughtOffside.

“Shakhtar will take their time and I’m sure they want more than €45-50m for Mudryk … but we’ve to see how his performances in the Champions League will be in the next weeks.

“I’m a big fan of the player, still only 21 years old and doing important things in the Champions League, but I can’t currently say much more in terms of where we’ll be seeing him in the future.”

Romano is not the only journalist to provide an update on Mudryk’s situation this week.

According to CBS Sports journalist Ben Jacobs, Mudryk is “hoping” for a transfer this January.

Interest is very high and Jacobs has added German club Bayer Leverkusen and Dutch champions Ajax to the mix.

He wrote on Twitter: “Bit more on Shakhtar winger Mykhaylo Mudryk, who has two UCL goals in two games. Mudryk is hoping for a January move and told me he “couldn’t say no” to AFC.

Jacobs added: “Everton had a €30m bid rejected this summer.

“If someone wants to buy Mudryk they must spend a lot, a lot, a lot of money & respect our club.

“It remains to be seen whether Arsenal will move in January. Important to note, they never bid (or seriously considered it) in the summer. Lots of top clubs put off by Shakhtar’s €50m+ valuation, and that will only rise as things stand.

“Shakhtar president Rinat Akhmetov pretty firm on price and isn’t expected to budge if Shakhtar qualify for UCL round of 16. Mudryk braced for offers, though. He sees January as the right time to move.”