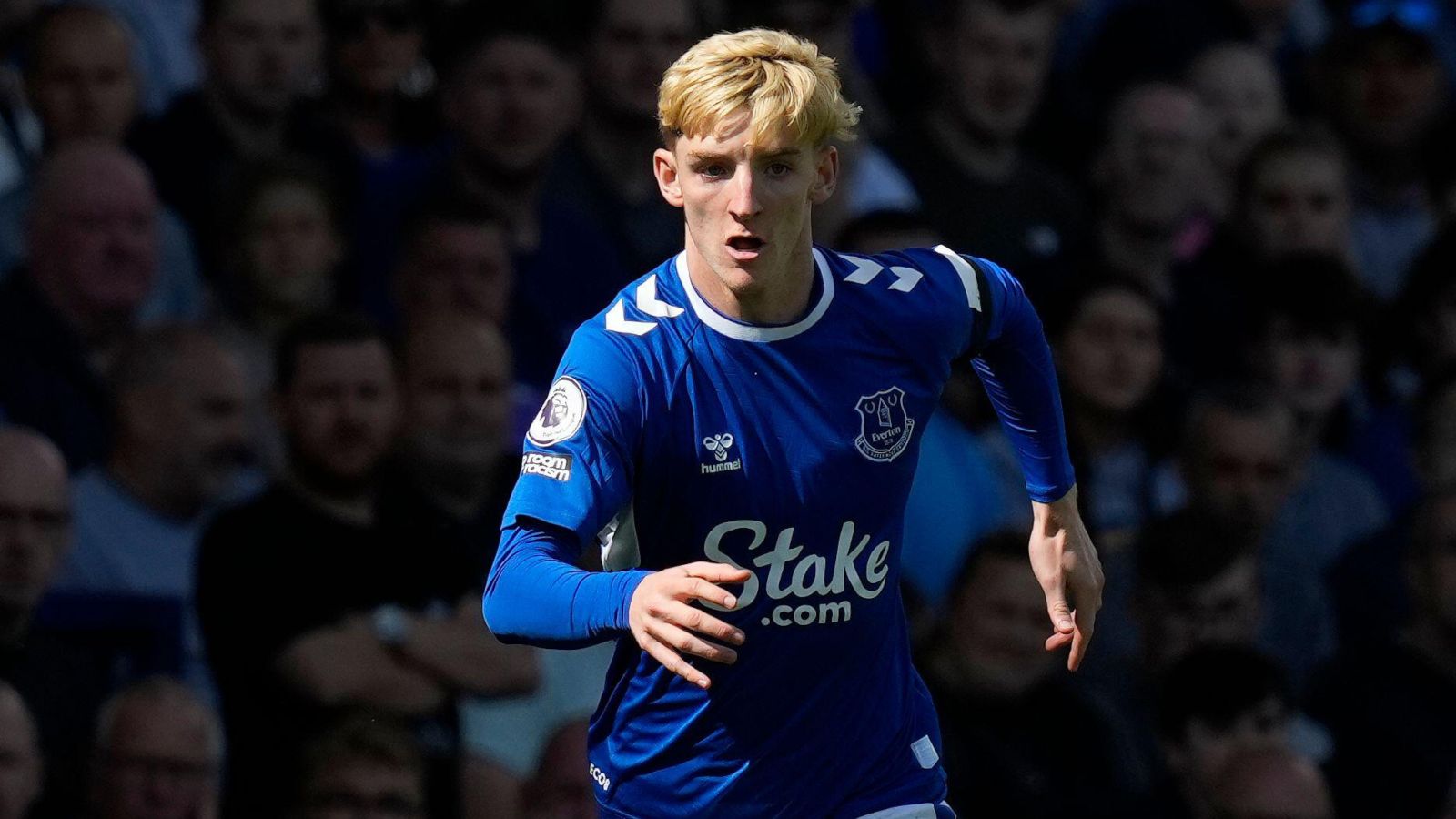 Fabrizio Romano thinks the offer Chelsea have made for Everton midfielder Antony Gordon is a “very high price” for his ability.

The England under-21 international has made 63 appearances for the Toffees in all competitions since making his first-team debut in a Europa League match in December 2017.

After a ten-match loan spell at Preston North End in the 2020-21 season he came back to be an important part of Everton’s first-team squad last season.

Gordon scored four goals and provided two assists in 35 Premier League matches, making 25 starts for the Toffees as they avoided relegation to the Championship.

Chelsea have already made a £45m offer for the young talent but reports yesterday indicated that they are prepared to pay as much as £60m for the midfielder.

It is understood a deal of £50m up front with £10m in add-ons has been proposed but Everton are insisting on a loan move for either Armando Broja or Conor Gallagher.

And transfer expert Romano, who rarely gives big opinions on transfers, admits that the fee Chelsea could pay Everton for Gordon seems too high.

Romano told CaughtOffside: “I’m aware there’s been talk of interest from Tottenham as well, but so far the only offer on the Everton table is from Chelsea.

“Negotiations continue, the personal terms between Gordon and Chelsea have been agreed.

“I think £60m is a very high price, honestly – but Todd Boehly wants to invest in young talent as an important part of the new Chelsea project.”

Numerous pundits and former players have also been scratching their heads over the potential fee for Gordon with former Premier League striker Gabby Agbonlahor one of the latest to show their bemusement.

“I just don’t understand Chelsea,”” Agbonlahor told Football Insider. “They baffle me, to be honest. They don’t need any more wingers, they need strikers.

“For goodness sake, it’s not rocket science. Why would you go for Gordon when you’ve got enough wingers there who are good enough? You need a flipping number nine who can score goals.

“For me, if I’m Everton I’m saying ‘Any offers for Gordon we’re not even looking at. We don’t care if it’s £40million, £50million or £60million, we need to keep players at the moment, we can’t afford to let them go’.

“They sold Richarlison, that’s the big one for the summer who they let go because it was good money. From now on, nobody’s sellable. I think that’s where Everton will stand, to be honest.”