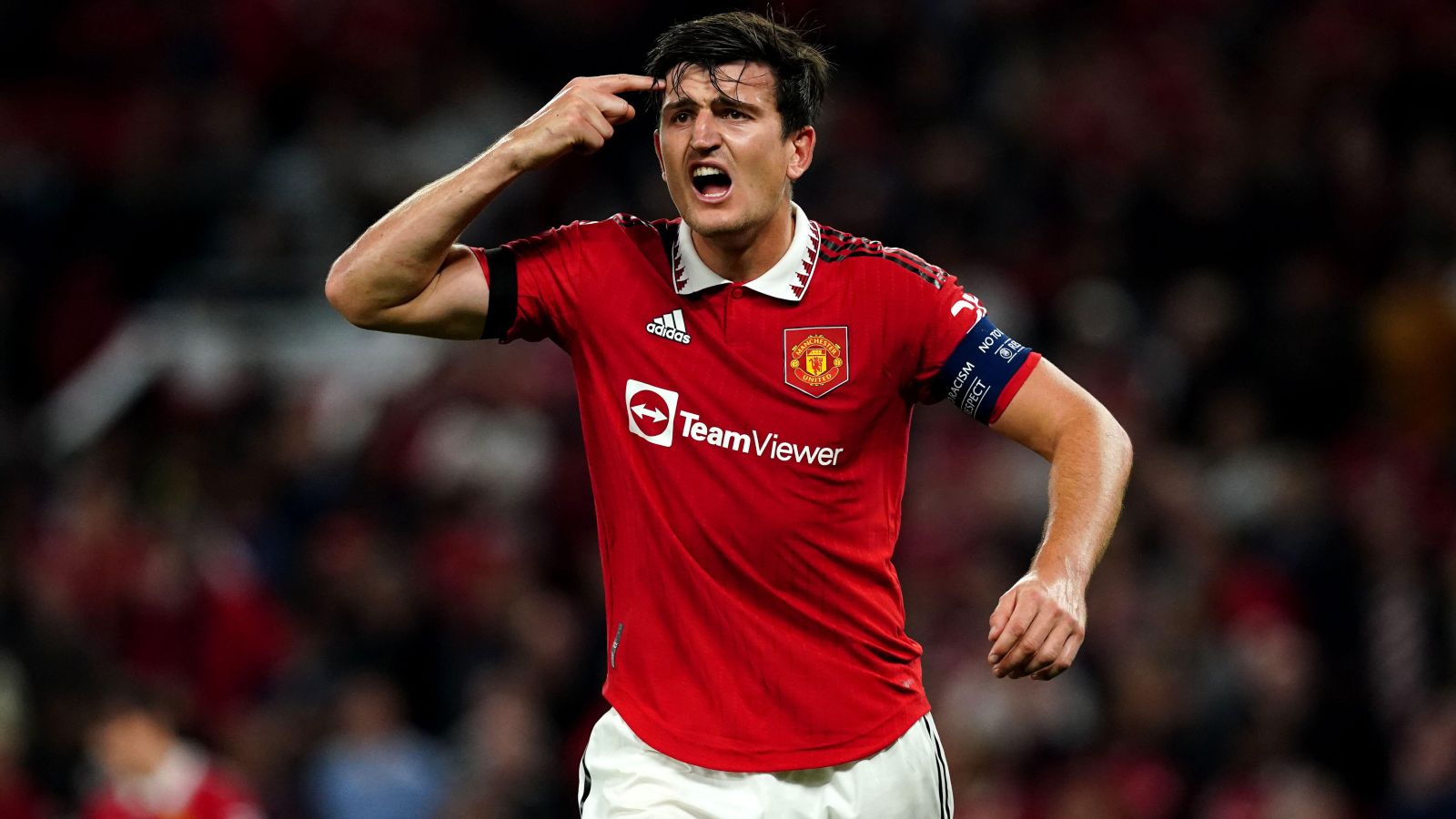 Nobody in the Man Utd dressing room “has ever had any problem” with Harry Maguire, according to Fabrizio Romano.

Maguire has faced a lot of stick from Man Utd supporters over his poor performances over the last couple of seasons and that has now spilled over into his international career too.

There were reports that Cristiano Ronaldo told former Man Utd interim boss Ralf Rangnick that Maguire ‘should be demoted’ with another player telling the press that the skipper ‘had not met’ the club’s standards, leading to distrust and a ‘poisonous’ atmosphere in the dressing room.

But transfer expert Romano insists that, despite the headlines, “no one has ever had any problem” with Maguire in the Man Utd dressing room.

Romano told Caught Offside: “For all the headlines Harry Maguire gets, I think it’s worth pointing out just how strongly two of his team-mates have publicly defended him recently.

“First, Brandon Williams hit out at social media critics, saying: ‘If you’re doing well in training, who’s some little idiot sat on Twitter that’s going to tell you that you shouldn’t be starting a game. Who is he? I don’t get it. I genuinely don’t get it. Harry is a top fella, top captain, top player.’

“And then Luke Shaw backed that up, saying: ‘Harry is an amazing player, an amazing character. He’s taken a lot of stick – probably more than I’ve ever seen before in football.

“‘He never hides away, he’s always there. You can have people who can hide away and not want to be in the spotlight. He keeps putting himself in the spotlight, it shows the strength and character he’s got.’

“I think it’s human and normal not to be happy with all the criticism, he’s respected in the dressing room and I think this is part of sport; it’s normal to help your team-mate.

“Whatever fans may say on social media, no one has ever had any problem with Harry Maguire in Man United dressing room.”

And England boss Gareth Southgate has had to defend Maguire recently with fans questioning why he keeps getting selected for Three Lions duty.

“Why do we pick him? Because he’s one of the players who gives us the best chance of winning.

“So, really we should all be wanting a Harry Maguire that’s playing regularly and playing with confidence.

“That applies to, of course, quite a few players but he’s the one that everything lands on, which must be a tough space for him, really, but he’s showing tremendous character.

“I think he has got the character to get over this because he’s a boy that’s been from Sheffield United to Hull City – his journey is not one where everything has been smooth.

“Sometimes you get lads who, in the early part of their career, haven’t had to handle adversity and when it hits them, it’s harder to cope with.

“He’s like most of us, really, in that he’s had lots of hurdles and that shapes your character.”