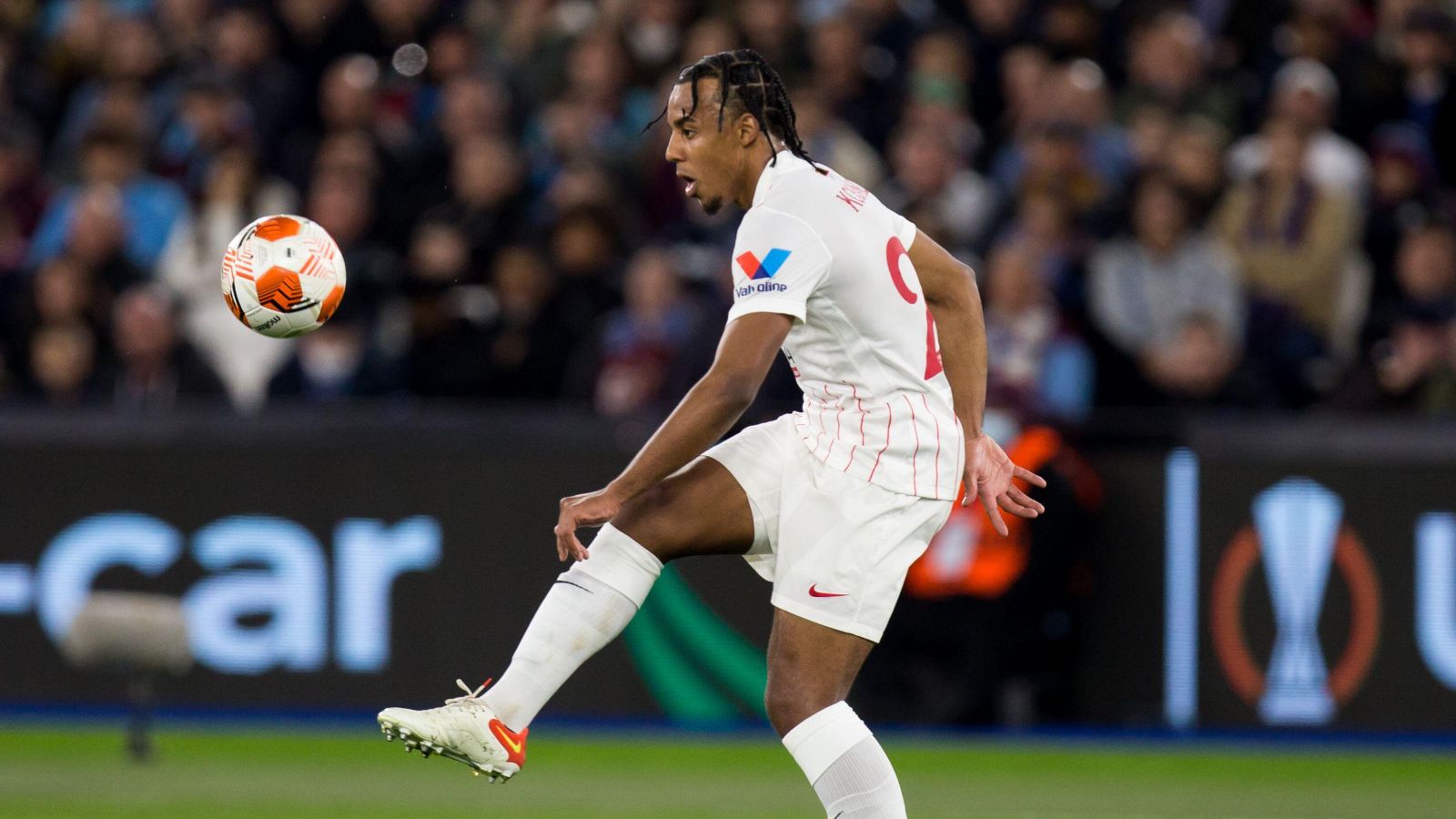 Jules Kounde has been left out of the Sevilla squad for their upcoming friendly as the La Liga club negotiate with Chelsea over his transfer.

The Blues have consistently been linked with the defender over the past year and agreed personal terms with him last summer but failed to meet Sevilla’s valuation.

READ MORE: No sign of Liverpool or Manchester City in top 10 net spenders since 2020

Kounde has made 133 appearances for the La Liga side in three seasons as he has established himself as one of the best centre-backs in Spain.

Chelsea have identified him as one of their main targets this summer after Antonio Rudiger and Andreas Christensen left the club to join Real Madrid and Barcelona respectively.

A report on Wednesday claimed that Chelsea and Sevilla have a ‘verbal agreement’ and that ‘advanced talks’ were ongoing to ‘finalise’ the transfer.

Barcelona are also interested in the defender, though they have not yet made a ‘formal counter-offer’, and Chelsea’s terms are thought to be ‘more preferable’ in any case.

And Fabrizio Romano claims Chelsea and Sevilla are now in talks over the ‘structure’ of a Blues bid worth £55m, thought to be on ‘very good payment terms’.

Koundé, still in direct talks with both Chelsea and Barcelona on personal terms – while clubs are discussing on details. pic.twitter.com/PwsYtDeTlv

The transfer expert also revealed that Kounde has been left out of Sevilla’s squad for their preseason friendly in Portugal as talks continue over his transfer.

Official. Jules Koundé has been left out of Sevilla’s squad for upcoming pre-season friendly in Portugal, as negotiations are still ongoing. ⚠️🇫🇷 #transfers

It was already decided internally, as Sevilla are in talks to sell Koundé this week.

Sevilla are said to have ‘already decided’ Kounde’s future, and he could become a Chelsea player ‘this week’.