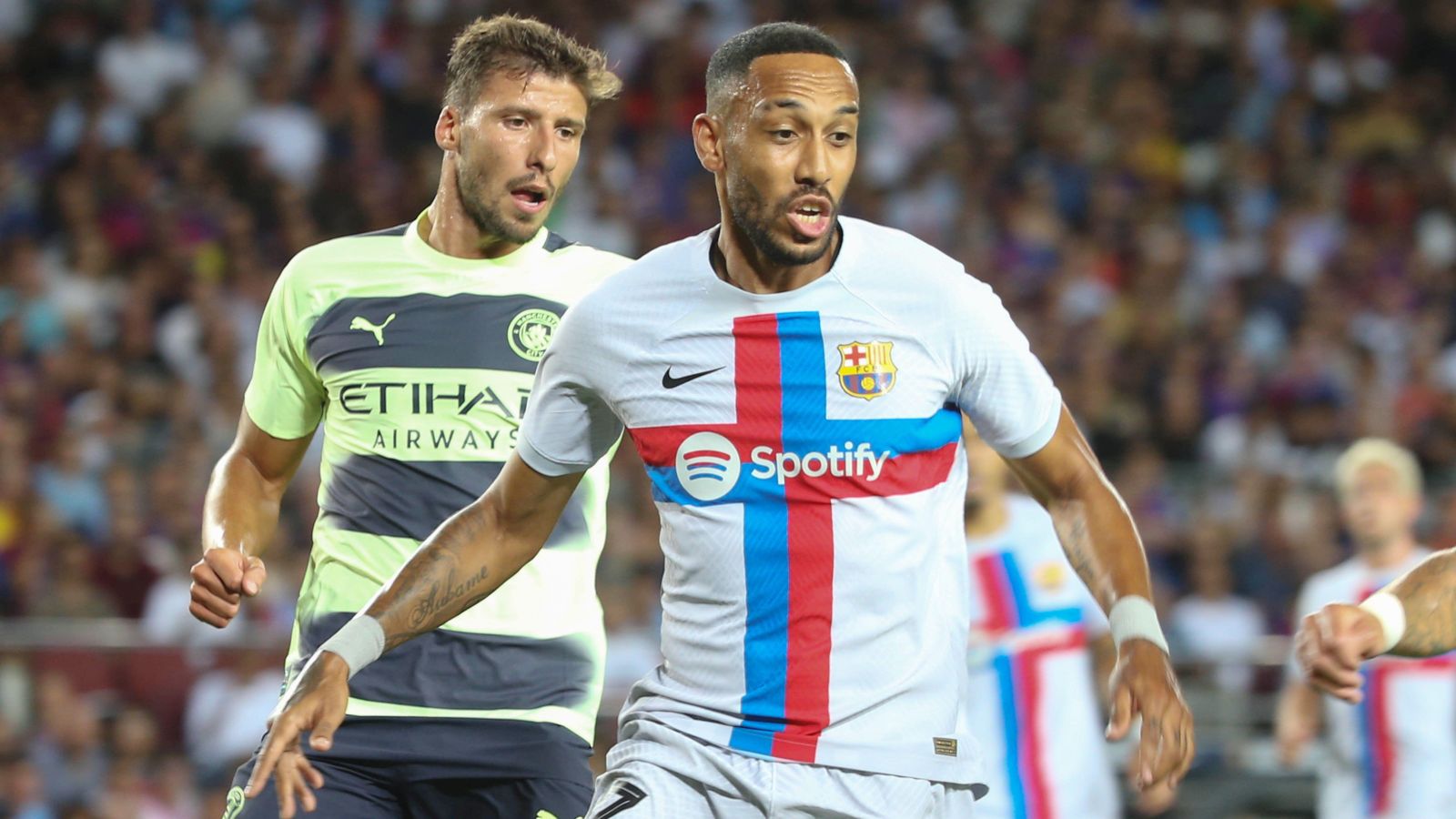 Chelsea are on the verge of signing Pierre-Emerick Aubameyang after they agreed a deal in principle with Barcelona, according to transfer expert Fabrizio Romano.

The Gabon international left Arsenal to sign for Barcelona at the end of January transfer window after the Gunners allowed him to leave on a free transfer.

It followed controversy surrounding the striker, who was stripped of the Arsenal captaincy by Mikel Arteta and made to train by himself, after a number of disciplinary issues.

And Chelsea have been in negotiations for a number of weeks over a potential deal for Aubameyang with owner Todd Boehly determined to sign a new striker.

The Blues have already moved Romelu Lukaku and Timo Werner out this window and Thomas Tuchel has a lack of strikers to call upon.

And now Boehly has got his wish with Romano claiming that Chelsea and Barcelona ‘have now reached an agreement in principle’.

Romano adds that it will be a ‘€14m fee plus Marcos Alonso to Barca included’ and Aubameyang is ‘expected to fly to London in the upcoming hours’.

But former Premier League defender Alan Hutton isn’t sure that the deal will be worth it for Chelsea considering Aubameyang’s age.

Hutton told Football Insider: “The way Chelsea are going it might just happen. They seem to be linked with everybody and anybody in this transfer window. Some strange decisions but I think they do need that striker.

“With [Romelu] Lukaku leaving, I know [Raheem] Sterling has come in and hit the ground running, scoring goals. [Kai] Havertz has looked good as that false nine.

“I think if they do have that number nine they’ll start picking up results. But the fee and wages, I think they were talking about £20/£25million which is relatively high. He can keep himself fit, he’s still scoring goals but I think wages will be through the roof.

“Is it worth it? Signing him on a two or three year deal when he’s already 33 years old? It’ll be an interesting one but I do think they need a striker.”