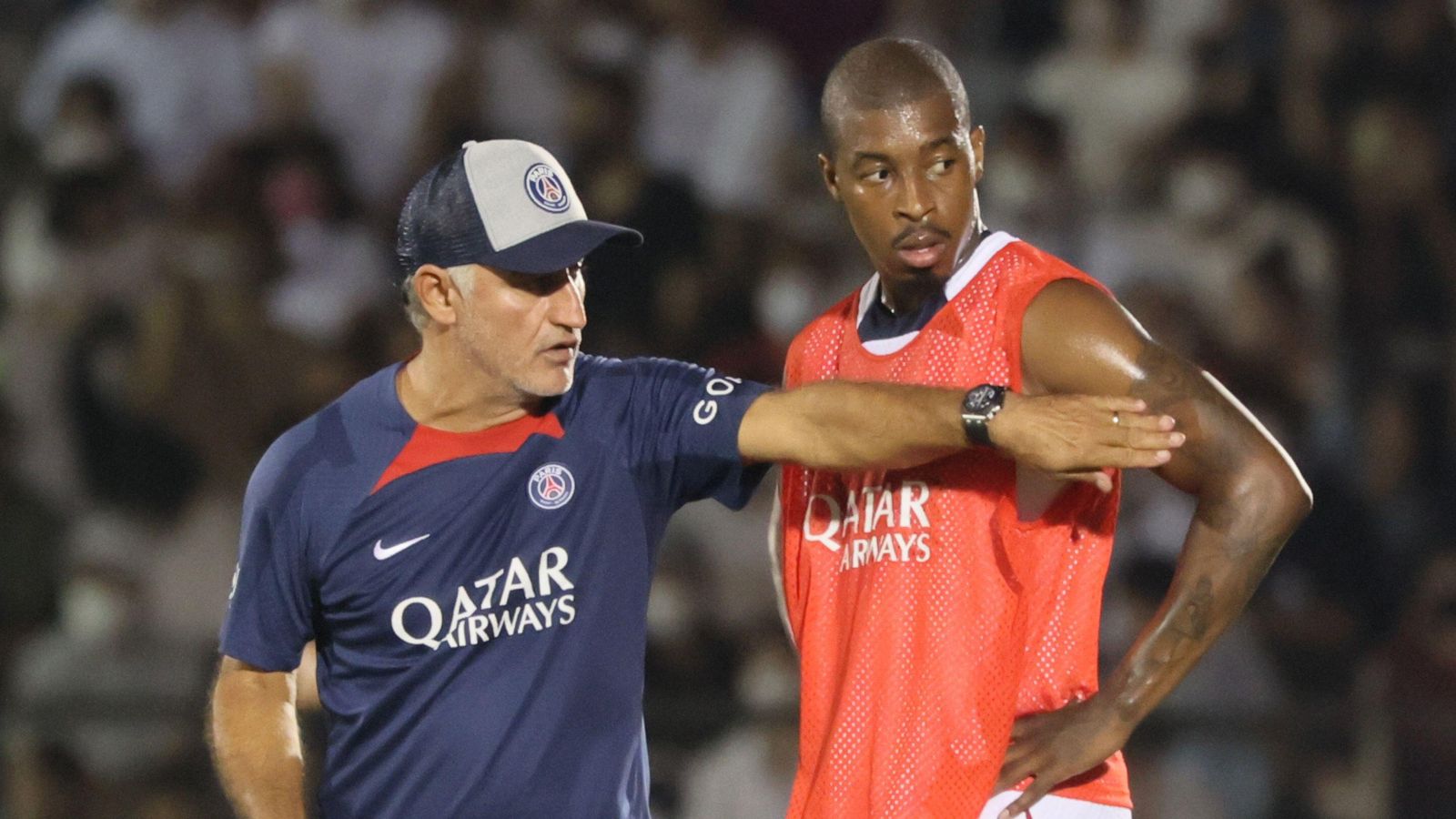 Transfer expert Fabrizio Romano claims Chelsea are concentrating most of their efforts in getting a deal for Paris Saint-Germain defender Presnel Kimpembe over the line.

The Blues lost both Andreas Christensen and Antonio Rudiger on free transfers this summer with Napoli defender Kalidou Koulibaly arriving as one replacement.

Reports on Monday insisted that Chelsea have made a bid of £40m (€47m) for PSG centre-back Kimpembe as they look to get a deal over the line.

And Romano claims Chelsea are prepared to pay as much as €50m for the France international but won’t go to the €65m which PSG are asking for.

Sevilla centre-back Jules Kounde is another top target for Chelsea but Kimpembe is currently their “main focus” as they look to sign another two centre-backs.

Romano said on the Wondergoal Podcast: “I think they both (Jules Kounde and Presnel Kimpembe) have chances to join Chelsea.

“The plan at Chelsea is to sign three centre-backs. Then, it depends on of course, in this case, the budget – they don’t want to spend crazy money but they want to do smart investments.

“So, this is why they’re going quiet on the players. They signed Koulibaly and they’re super happy with him because, in my personal opinion, they signed a fantastic player. Sometimes he’s underrated. But this guy, in Serie A, made the difference for many, many years. He’s a fantastic professional, fantastic player. I think this is a great business for Chelsea.

“And now it’s time to go for Kimpembe. They’re preparing a proposal while we’re speaking. So, Chelsea are discussing internally about the official bid but they have the intention to make a proposal for Kimpembe.

“They need a left-footed centre-back and Kimpembe could be one of the best options in the market. At the moment, the main focus is on Kimpembe.

“It depends on PSG also, because PSG want around €65m for Kimpembe. Chelsea will be prepared to pay around €50m.

“So let’s see how it will be around the price tag for Kimpembe. At the moment, this is the situation between the clubs.”

On Kounde, Romano added: “For Kounde, it’s a crazy story because Chelsea were one step away from last summer. It was really, really close. It was a matter of details and then it collapsed because Sevilla were not happy to sell the player a few hours before the end of the market.

“Chelsea have always been in touch with his agents. Chelsea changed their board of course, with Marina and Petr Cech leaving the club.

“So the timing of this deal has been different but they are still in for Kounde. They reactivated the contacts with Kounde during the last weekend. So, Chelsea are still there.

“Barcelona are still there because Xavi is in love with Kounde. Xavi had some conversations with Kounde and the player would be open to joining Barcelona. So it is now time to find an agreement with Sevilla.

“It is a real battle between Chelsea and Barcelona and we will know more.

“I think in general, in this week and next week, it will be the centre-back moment for the market because there are many players available in that position and many top clubs are looking for centre-backs, and so Chelsea will be pretty busy with this.”