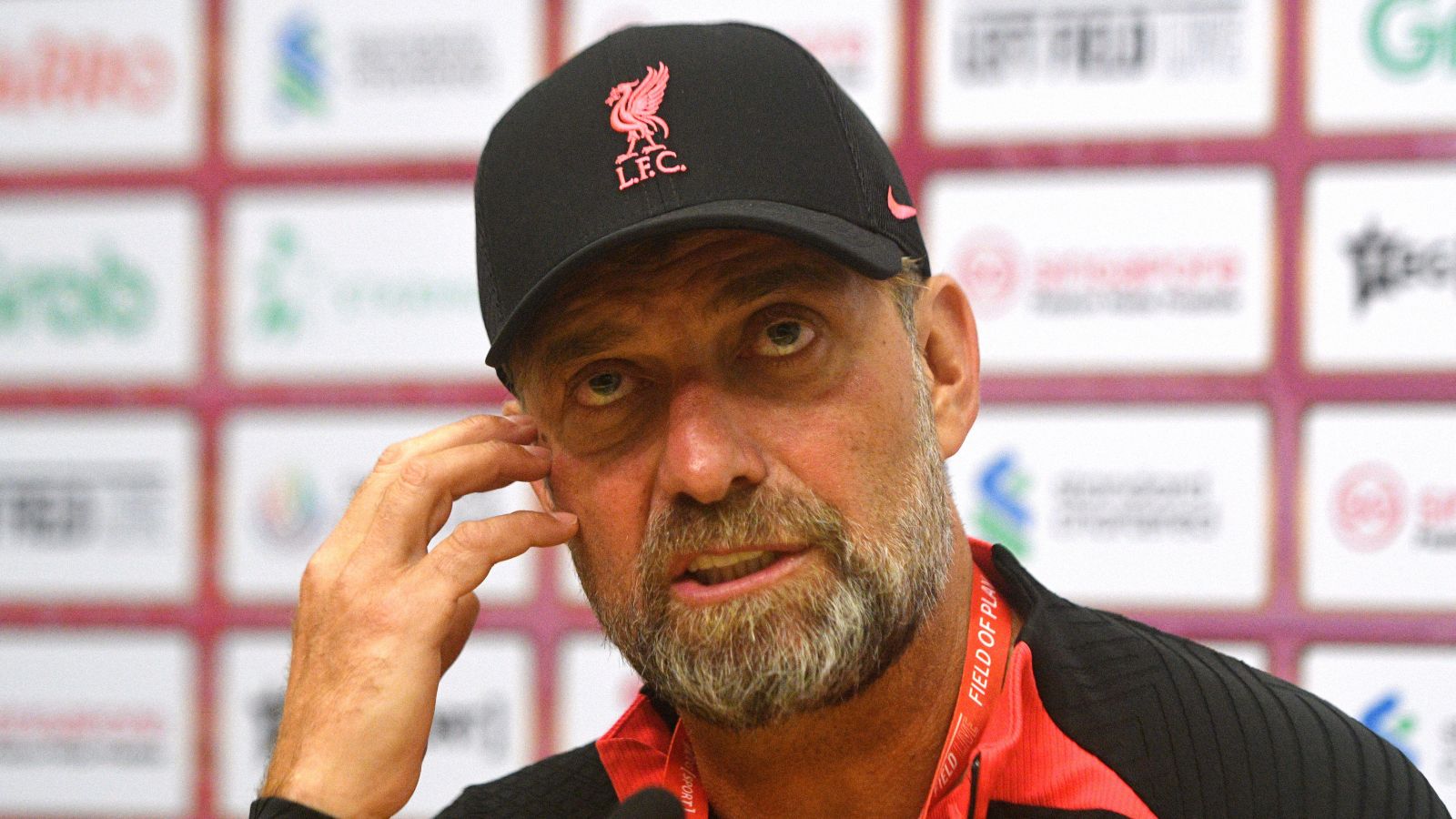 Fabrizio Romano claims he “would always keep the market open for Liverpool” after they tried to sign Aurelien Tchouameni this summer.

The Reds completed the signings of Darwin Nunez, Fabio Carvalho and Calvin Ramsay earlier in the window with most reports indicating that their business for the summer is done.

There have been a number of pundits and critics questioning their decision to delay signing a new midfielder until next summer with reports claiming they plan to buy Borussia Dortmund youngster Jude Bellingham.

Liverpool boss Jurgen Klopp has been baffled by the suggestion that they need another midfielder this summer, he recently said: “I do not understand. People told me about this discussion but the last thing that would have crossed my mind is that we have to do this (sign another midfielder).

“No, (we’re not looking to buy), I can say that. I don’t think something will happen in midfield. You never know, if somebody comes to me and says ‘I want to go’… but nobody came to me yet. If that happens, then we have to talk new. But if the situation stays like it is, then tell me why would we?

“We can go through it. Where do you want to start? So, Fabinho, (Jordan) Henderson, Thiago, (James) Milner, (Naby) Keita, Curtis Jones, Harvey Elliott, Fabio Carvalho, (Alex) Oxlade-Chamberlain. Now you tell me what kind of player are we missing?”

But transfer expert Romano reckons Liverpool – who attempted to sign France international Tchouameni this summer – could surprise everybody and secure a deal at any point in the market, as shown by their purchase of Luis Diaz in the January window.

Romano told Wondergoal Podcast: “Liverpool is super happy with the market they had with Darwin Nunez, Fabio Carvalho and Ramsay, but I would always keep the market open for Liverpool.

“Because in January, trust me, they had no intention to sign any player. They were really relaxed and happy with their team.

“And then, they had the opportunity to sign Luis Diaz, because they saw many clubs jumping into it like Tottenham and West Ham. Jurgen Klopp decided in 24 hours, together with a board of course, to jump into it and sign Luis immediately.

“But as of today, their plan is to focus on the new midfielder, and they want the top midfielder for next summer, the summer of 23.

“They wanted (Aurelien) Tchouameni this summer. He had some conversations with Jurgen Klopp. So Liverpool was really trying for Tchouameni, but then in the end he decided to join Real Madrid.

“I see Liverpool busy with conversations right now to sign a top midfielder next summer. So this is the idea and this is the strategy.

“And of course, they’re a big fan of Jude Bellingham. But I’m sure that there will be a crazy fight to sign Bellingham in the summer of 2023 Because it’s not available on the market this summer and Borussia Dortmund will keep him at the club.”