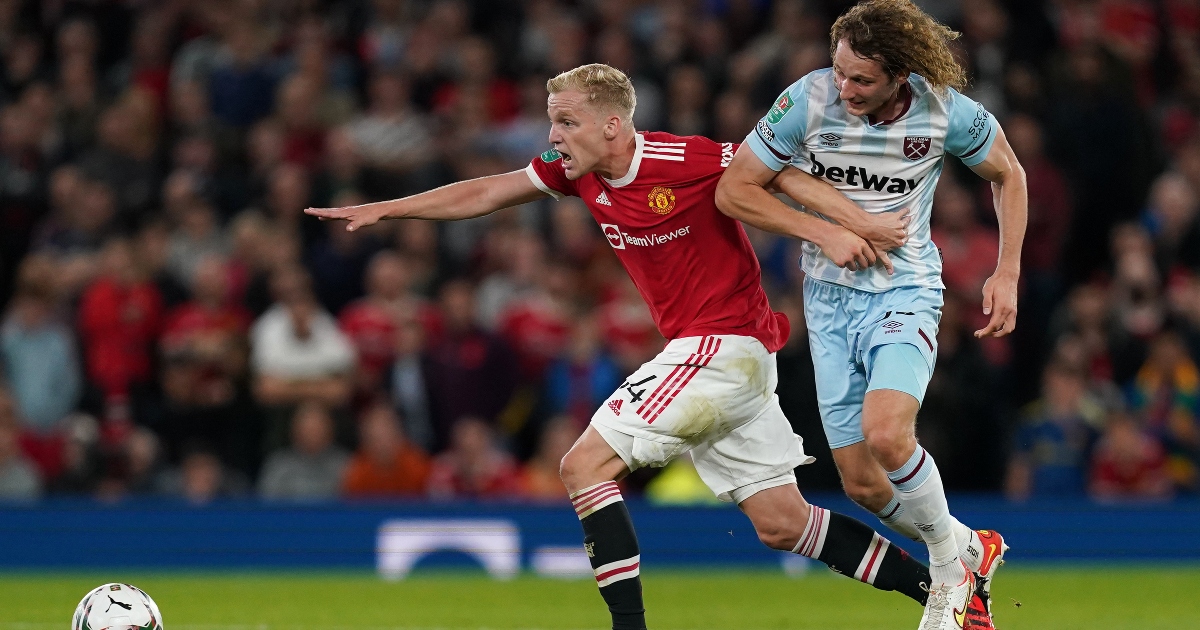 The Holland international joined the Red Devils last year from Ajax for a fee that could rise to £40million with add-ons.

Despite his hefty transfer fee, the midfielder only started four games in the Premier League last season, making 36 appearances in all competitions.

The 24-year-old remained at United this summer but he has only played six minutes in the league so far this campaign. Last month, van de Beek suggested that he thinks Ole Gunnar Solskjaer “has plans” for him.

And speaking to The United Stand, Romano says the player is eyeing up a move away from Old Trafford at the earliest opportunity.

He said: “In the summer, they had a chance to sell him with Everton keen on deadline day.

“Things can change, but as of now, he is planning to leave Manchester United in January.

“Van de Beek is a fantastic player and a top professional.

“It is true that Italian and Spanish clubs are interested and it depends whether Man United can agree on the conditions with them.

“He could also move to the Premier League, with Everton one of the clubs interested.

“Donny wants to play so if he is not playing in two to three months, he will leave, I am sure.”

Elsewhere, Nicky Butt admits United fans’ “love” for Ole Gunnar Solskjaer won’t be enough to keep him in the job for long.

The former midfielder had kind words to say about Solskjaer in his interview with The Athletic, saying the Norwegian boss has to win trophies if he is to retain his job as the United fans’ patience will only stretch so far.

“Things are getting better and Ole has done a very good job,” Butt said.

“There’s a lot of love for Ole from fans, but that only takes you so far with fans.

“The biggest challenge for Ole now is to go and produce — to win a title or trophies. He’ll know that deep down, he’s a very intelligent guy.

“It’s a business that needs to win and there has been huge investment into that business so it’s calling out to win.”