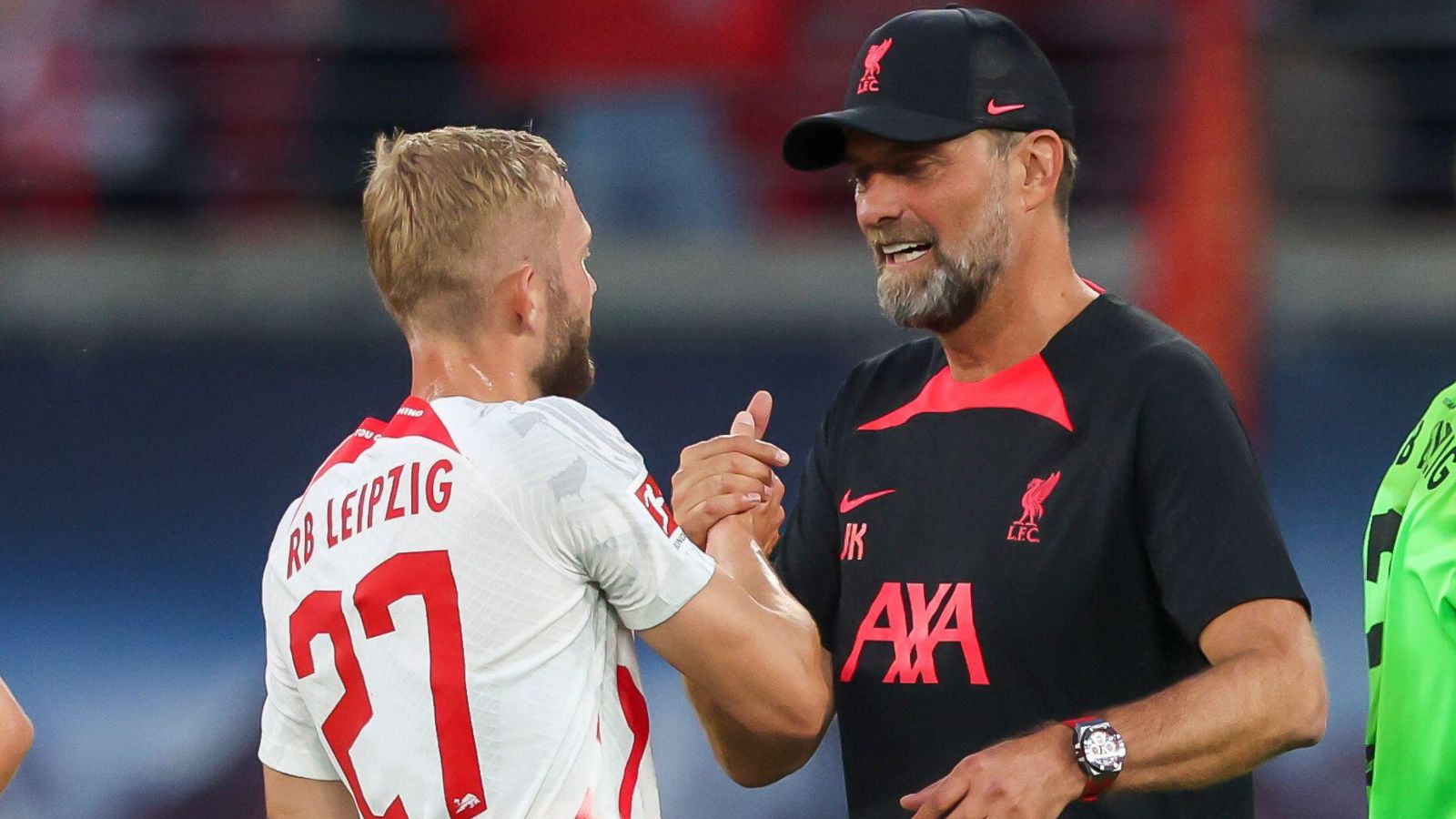 Fabrizio Romano reveals that Liverpool could have a “problem” in their pursuit of RB Leipzig midfielder Konrad Laimer.

The Reds are looking for new midfielder ahead of the transfer deadline after Jurgen Klopp admitted that they will look to try and sign the right player.

A mixed start to the season combined with injury issues has seen Liverpool go back into the transfer market to try and find a midfielder, after more moves were initially ruled out.

Klopp said on Friday: “We are working constantly on these things. Sometimes it’s expensive, sometimes not the right player, but we’re working. If something will happen or not, I don’t know.”

And RB Leipzig’s Laimer has emerged as a possible target with Romano claiming he would be “perfect” for Liverpool.

Romano told Wettfreunde: “Konrad Laimer is one of the players Liverpool are exploring but he is not the only one, there are many options.

“My personal opinion is that Konrad Laimer would be perfect for Liverpool. They really need that kind of player with a lot of energy.”

But Romano had a warning for any excited Liverpool fans, he added: “It is possible that he (Konrad Laimer) could go to Liverpool, but the German clubs are always difficult to negotiate with at the end of the transfer window.

“Leipzig has said many times that they want to keep Konrad Laimer.

“Konrad Laimer had an agreement with Bayern Munich, and he has the same agent as Sadio Mane, so the relationship is great with Bayern.

“The problem is that Leipzig don’t want to sell an important player at the end of the transfer window. So that will be the same problem for Liverpool.”

And Romano has ruled out Liverpool making a move for Frenkie de Jong – who was previously the subject of interest from Manchester United – or Klopp’s long-term target Jude Bellingham.

Romano continued: “Liverpool will definitely try to sign a midfielder. They are exploring many possibilities at the moment, and they are not in an advanced stage with any player right now.

“I have seen a lot of rumours about Liverpool going for Frenkie de Jong, but they are not going for that kind of player.

“They are not going to spend €80 million and a crazy salary for a new player. They are looking for a player that they can get for a good price.”

On Borussia Dortmund midfielder Bellingham, Romano said: “Jude Bellingham will 100% not leave Dortmund this summer. Liverpool and many other clubs made a request for him earlier this summer, and Dortmund didn’t even want to negotiate.

“It was just a clear no. Jude Bellingham is untouchable right now. He will definitely stay this summer.

“January is a difficult transfer window, but it will be a crazy race next summer to get his signature. Many of the biggest clubs in the world will fight to get him, and it will be a little bit like the race for Erling Haaland this summer.”