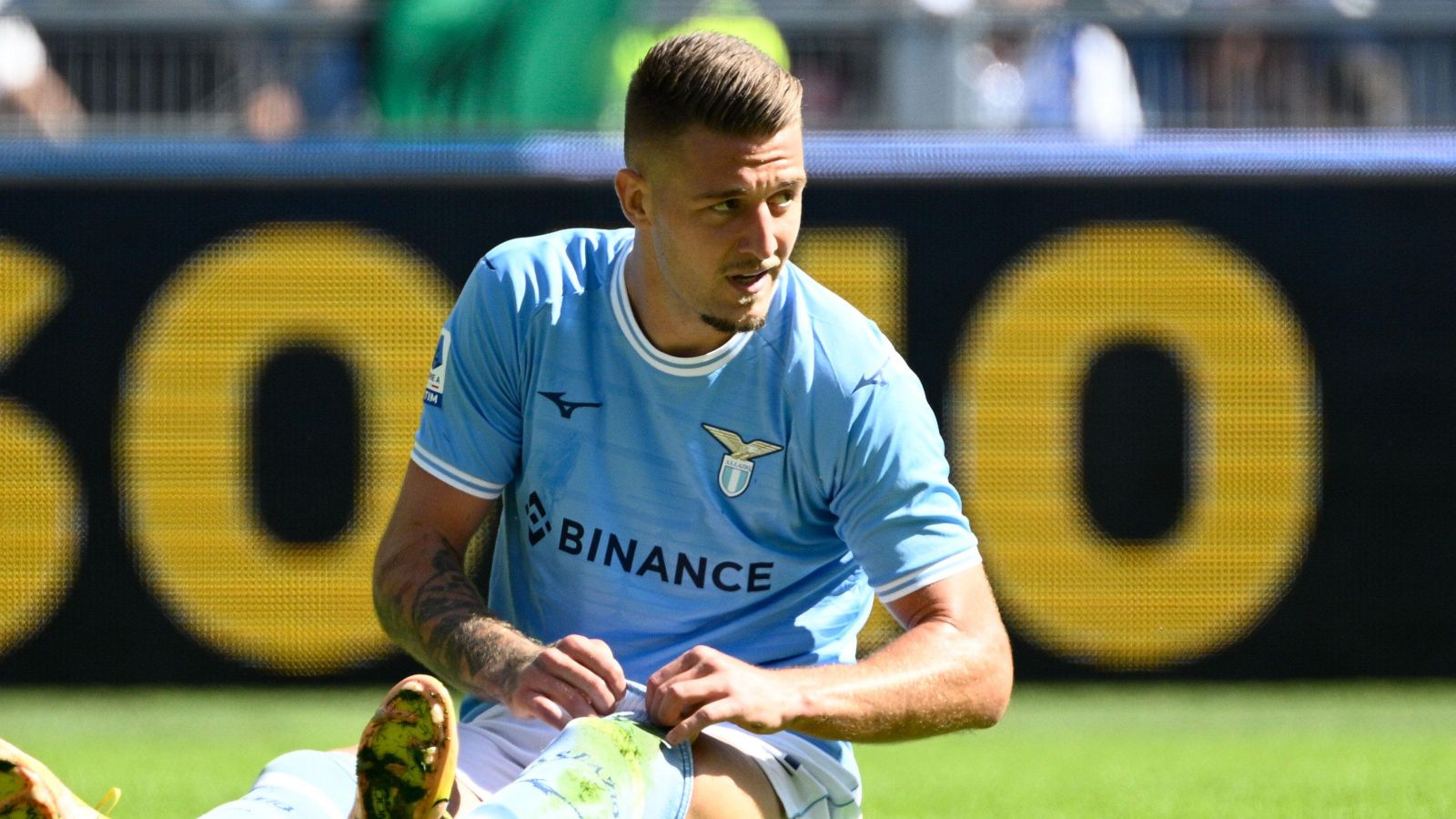 Fabrizio Romano is “surprised” that Lazio midfielder Sergej Milinkovic-Savic remains in Serie A amid reports linking him with Man Utd.

It feels like Milinkovic-Savic is going to be one of those players who never end up in the Premier League despite being linked with English clubs every year.

Man Utd are often at the forefront of talk surrounding the midfielder, who is out of contract in 2024.

The27-year-old has enjoyed a great start to the 2022/23 campaign. He has grabbed three goals and seven assists in nine Serie A outings.

His recent form has fuelled talk of a move to the Premier League and Man Utd have apparently ‘contacted’ his agent.

Romano is “surprised” that Milinkovic-Savic remains at Lazio and he notes that his €75m price tag is “considered too high” by Serie A sides:

“Following four goals and seven assists in his first twelve games of the season, Immobile commented: ‘Trust me, Sergej Milinkovic-Savic is magic. He’s on the same level of Kevin De Bruyne.’

“Personally, I think De Bruyne is on another level. Milinkovic-Savic is a fantastic player and I love watching him play, but, honestly, I’m not sure anyone truly compares to De Bruyne’s level right now.

“Still, I am surprised that no European club have met Lazio’s conditions for their star player; Italian clubs always wanted him but the €75m price tag was considered too high.”

Clubs may wait until next summer to make a move for Milinkovic-Savic as he enters the final year of his contract.

Another player being linked with Man Utd is Brentford forward Ivan Toney.

Given his start to the 2022/23 season, it is likely only a matter of time before the Englishman leaves Brentford.

He is one of the Premier League’s in-form strikers. While he has not hit the heights of Erling Haaland, he has been brilliant in his own right.

Six goals and two assists in nine league games is a great return and Romano thinks “big clubs will monitor him” next summer:

“Despite plenty of speculation, Ivan Toney was never close to leaving in the summer,” Romano continued.

“Brentford considered him untouchable and negotiations with other clubs were never close, so let’s see what happens now with contract talks.

“He’s been superb in the Premier League and I think next summer we’ll have to monitor big clubs on him!

“His current contract expires in 2025, so Brentford are in a reasonably strong position, though I’m sure they would be determined to do all they can to get him to sign a new deal.”