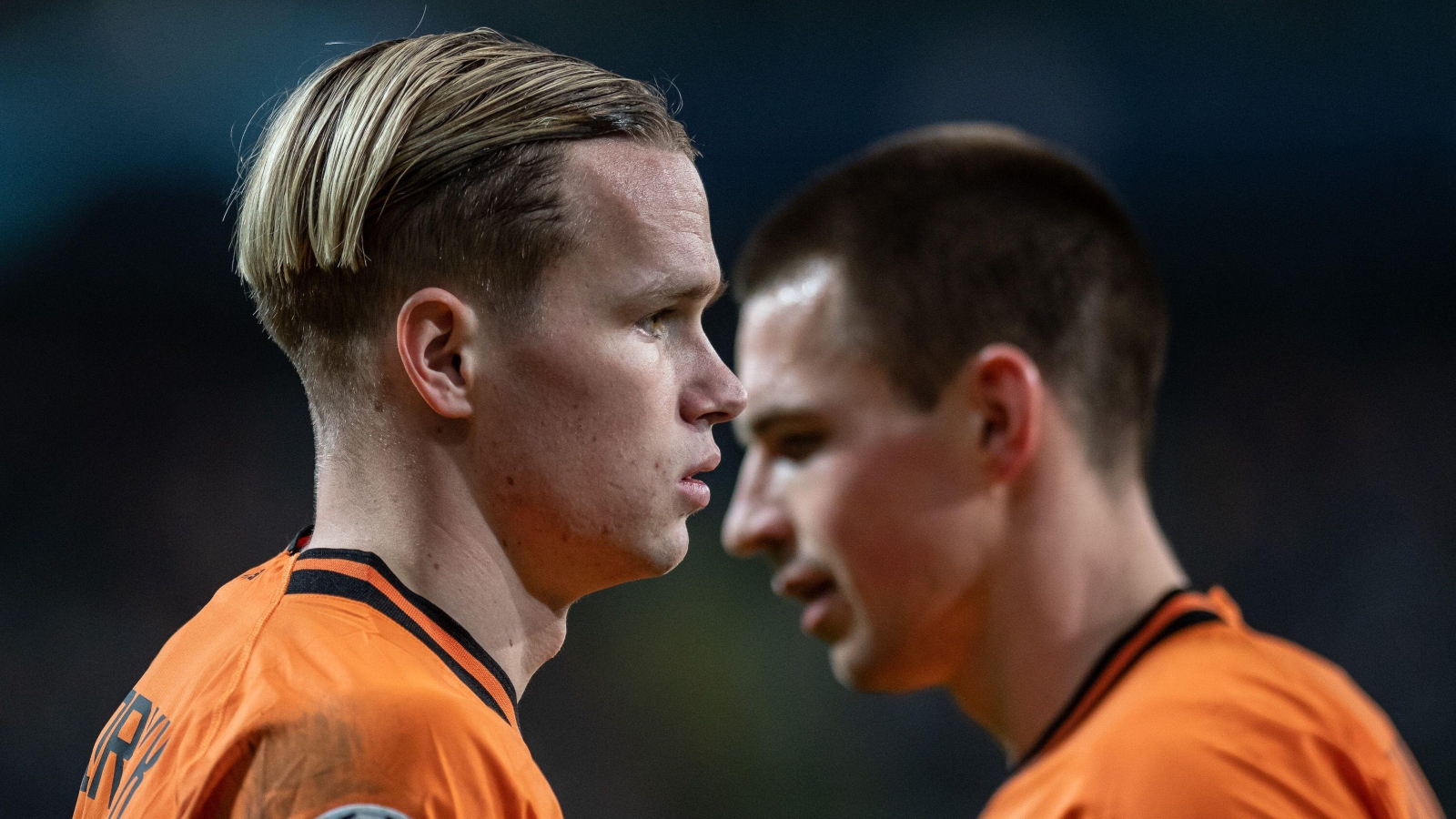 Arsenal will ‘have to move fast’ if they want to secure the signing of Shakhtar Donetsk winger Mykhaylo Mudryk, according to Fabrizio Romano.

The 21-year-old has been superb this season after being linked with a move to Brentford, Arsenal and Everton in the summer.

In 14 matches across all competitions, he has scored seven and assisted seven.

Speaking this week, Mudryk’s Shakhtar teammate Anatoliy Trubin joked that the dressing room has already accepted that the young winger will join the Gunners.

“I like that he is focused only on himself, his and the team’s game,” Trubin said. “Fans don’t really see that much. No one sees what he is doing away from the football field.

“All these transfer rumours affect him only in a positive way, because he enjoys what he does. And, in the team, we can tell him; ‘well, you’re already at Arsenal, let’s all go!’”

Shakhtar were knocked out of the Champions League after being battered by RB Leipzig in Warsaw, meaning they will play Europa League football from February.

Mudryk would likely have rejected any offers in January if they made it to the last 16, but with his side out of Europe’s elite competition, he may be open to a move elsewhere.

It is believed that the Ukrainian club are hoping to receive around £70million for Mudryk.

This probably rules out the likes of Everton and Brentford, and whether or not Arsenal will pay that is unclear.

Mikel Arteta could do with another winger in his squad but it will be very difficult for a player to come in and take Gabriel Martinelli or Bukayo Saka’s starting spot.

His current back-ups are Reiss Nelson and Marquinhos, with Nicolas Pepe out on loan at OGC Nice.

And if Arteta wants to sign Mudryk, he will reportedly need to get a deal over the line swiftly.

This is according to Fabrizio Romano, who has confirmed Arsenal’s interest.

He wrote for CaughtOffside: ‘For sure Arsenal remain interested in Mykhaylo Mudryk, they are following him for a long time but there’s still nothing decided.

‘Shakhtar Donetsk want more than €60-65m to sell him now and it’s not easy.

‘The race is open, if Arsenal really want him they have to move fast.

‘As I said a few days ago, Arsenal are also keeping an eye on [Orlando City winger] Facundo Torres.

‘They have a few options they like in this position but there is nothing advanced for the moment.’

Facundo Torres, who Romano mentioned, has been linked with Arsenal in recent weeks and the Uruguayan’s agent recently confirmed the Gunners’ interest.