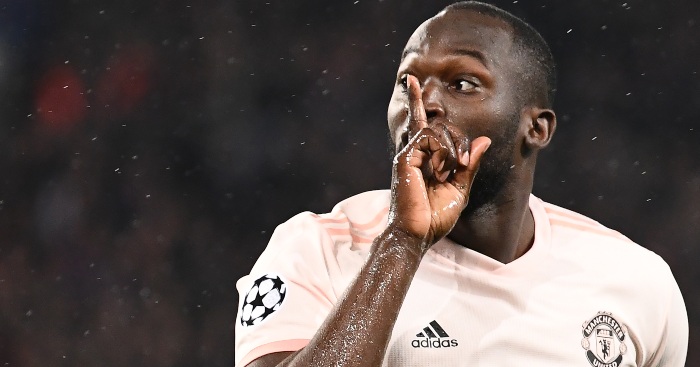 Romelu Lukaku believes he made the right decision to leave Manchester United and insists the move was best for both parties.

The Belgium striker joined United from Chelsea for £75million in July 2017, scoring 42 goals over his two seasons at the club before moving to Inter Milan last summer.

Lukaku has been in superb form for Antonio Conte’s side, scoring 18 goals to help the club launch a challenge for the Serie A title.

Those performances, and United’s reported interest in signing a striker this month after Marcus Rashford’s back injury, have raised questions as to the wisdom of allowing Lukaku to leave Old Trafford.

But, in an interview with Sky Sports News, the 26-year-old says the decision was his and is convinced it was best for everyone.

“I made my decision around March, and I went to the manager’s office and told him it was time for me to find something else,” Lukaku said.

“I wasn’t performing and I wasn’t playing. I think it was better for both sides to go separate ways. I think I made the right decision.

“Manchester United has made space for the younger players to come through so I think it was a win-win situation for both of us.

“I think I had to rediscover myself. Last year was difficult for me on the professional side, because stuff was not going how I wanted and I was not performing as well.

“So I had to find it within myself what was lacking and came to the conclusion that it was time for me to change environment.”

Lukaku was signed for United by Jose Mourinho and had an excellent first season, scoring 27 goals as United finished second in the Premier League.

But Mourinho was sacked in December 2018 after a disappointing start to the season, with Lukaku also unable to discover his best form.

Lukaku added: “I think Jose Mourinho – if he would have had the players that he wanted, he would have done better than what we did.”

Former Chelsea manager Conte has certainly managed to bring the best out of Lukaku this season, in particular forging a lethal partnership with Argentinian forward Lautaro Martinez.

Lukaku admits the Italian knows how to extract the most from his whole squad but revealed he is not afraid to dish out some stern words.

“The manager, he tells it straight to your face if you’re doing well or wrong,” he said.

“I remember one of my first Champions League games against Slavia Prague when I played really bad – like I was trash that day – and I really got it from him in front of the whole team.

“He just gave me that – he stepped on my confidence but it woke me up at the same time. He does it to everybody, it doesn’t matter who you are. Everybody is equal.

“You work hard, you train hard and you play. If you don’t do what he says, you don’t play. You know where you stand – and that’s what I respect about him.”