Ronald Koeman will inherit a side which finished five points behind LaLiga champions Real Madrid. 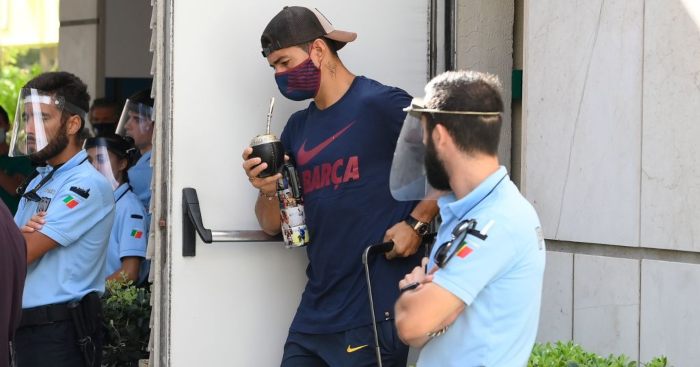 Ronald Koeman has told Luis Suarez that he doesn’t have a future at Barcelona under his management next season, according to reports.

The 57-year-old Dutchman was named as Quique Setien’s replacement on a two-year deal on Wednesday.

Former Southampton and Everton boss Koeman will inherit a side which finished five points behind LaLiga champions Real Madrid and failed to win a major trophy this season for the first time since 2013-14.

And it appears one of those names will be Suarez with RAC1 claiming that Koeman has told Suarez that he won’t be playing for Barcelona next term.

The new manager told the former Liverpool striker ‘by telephone’ on Monday morning in a ‘brief call’ informing Suarez that he ‘does not enter into his plans to start the season this Sunday’.

Suarez ‘had not received any communication from the start of training’ while the ‘next step will be a meeting with the player’s lawyers to settle the footballer’s contract’.

The Uruguay international, who scored 21 goals and provided ten assists for his team-mates last season, has a year left on his contract with the option of another.