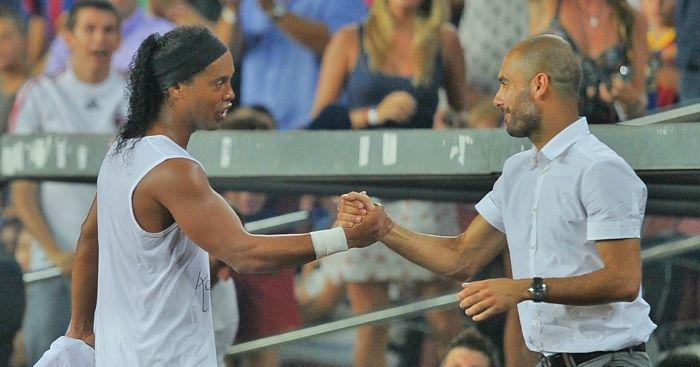 Ronaldinho has insisted that it was his decision to leave Barcelona in 2008, not Pep Guardiola’s.

Legendary Brazilian Ronaldinho established himself as one of the world’s best players over five years at Barcelona after joining in 2003.

He won five trophies with the Catalan club, including a Champions League title and two La Ligas.

But he left in 2008, his departure coinciding with Guardiola’s first summer in charge.

Reports at the time claimed the current Manchester City manager chose to sell Ronaldinho to AC Milan due to his partying lifestyle and deteriorating talents, but the 37-year-old has denied that is the case.

“I was the one who decided I should leave Barcelona,” he said in an interview with TV3.

“I had already achieved my goals and I needed a change.

“I always got on well with Guardiola and I worked with his brother [Pere] at Nike.”