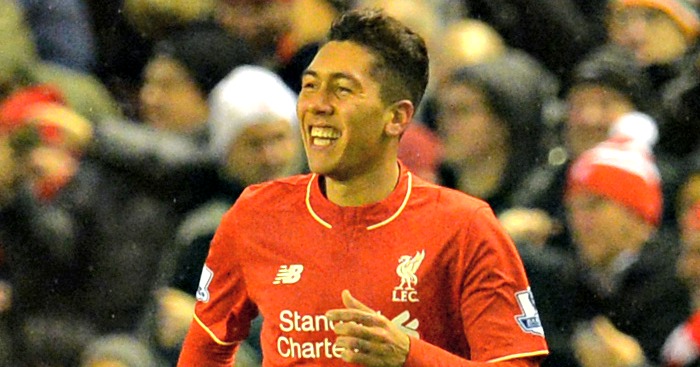 Firmino joined Liverpool for a deal that could be worth up to £29million from Hoffenheim in the summer, and after initially struggling, the 24-year-old has scored five goals and assisted four in 20 Premier League games.

Speaking to the Daily Mirror, Firmino’s countryman Ronaldinho has been effusive in his praise for the forward, claiming he is as good as Arsenal star Mesut Ozil and David Silva of Manchester City.

“I didn’t ever question if he would be a great player for Liverpool, I knew that he would be,” Ronaldinho said. “He’s one of the best at what he does in the world. He’s in the same class as [Mesut] Ozil, [David] Silva, Iniesta, and all the other great players who play that role.

“He’s the player that I’m sure Klopp will build his new Liverpool team around,” Ronaldinho added.

“I’m sure when he joined Liverpool, Klopp was promised he could bring in his own players, and with Firmino at the centre of the team, there’s no reason Liverpool cannot challenge once again.”