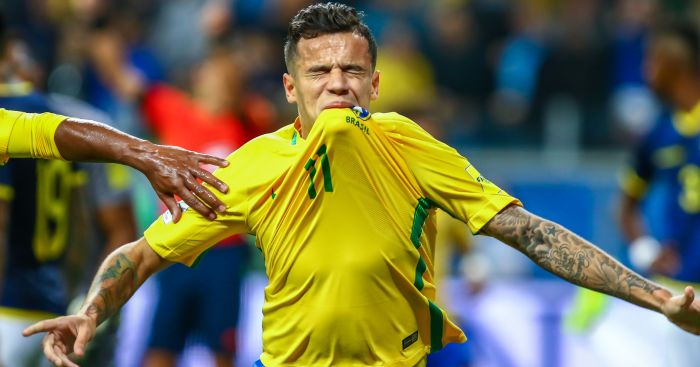 Ronaldinho has told Liverpool fans they have nothing to worry about when it comes to reports that Philippe Coutinho could refuse to play for the club.

The Brazilian legend says that Coutinho – who will arrive back on Merseyside today after international duty – will be focused on the club despite being heartbroken about his failure to move to Barcelona.

Ronaldinho knows the appeal of Barcelona as he played there, but said: “This season they will see him give everything for the club – that is the sort of player he is.

“Also no player is going to refuse to play when it’s the World Cup at the end of the season.

“The Liverpool fans have nothing to worry about – I do not believe any of the stories about him refusing to play for the club. I know him – that is not his way.

“He made it clear that he wanted to join Barcelona this summer – he will be disappointed as it is a dream for players to want to play for Barcelona – but I am sure he will still get that chance.

“They made it clear how much they wanted him and I am sure that they will come back for him.”

Coutinho is expected to return to the Liverpool first team in Saturday lunchtime’s clash with Manchester City.