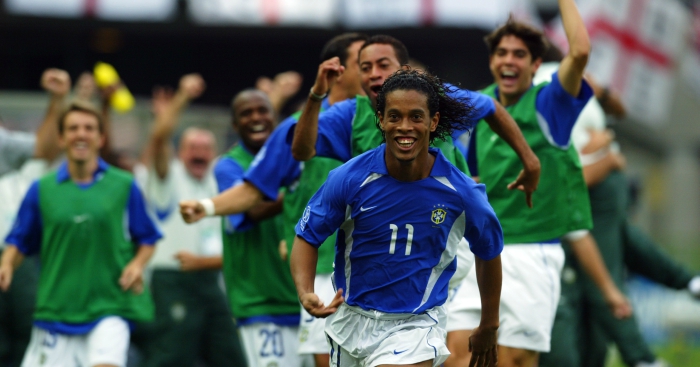 Barcelona legend Ronaldinho has given his verdict the six Brazilian stars at Liverpool and Manchester City ahead of the top of the table clash on Sunday.

The World Cup winner did not have a bad word to say about any of them, in an interview with The Guardian.

Alisson: “I know him very well because he is from the city where I was born – Porto Alegre. For this reason I also like him a lot! But in all seriousness he is so calm, so strong and technically so good. A great goalkeeper for Brazil and Liverpool.”

Fabinho: “I have the upmost respect for this guy because he is still quite young but has achieved a lot playing for many clubs in Brazil and in Europe. A champion with Liverpool and a very important player for them, too.”

Roberto Firmino: “He has become a very experienced and valued player for Brazil. This is also the case for Liverpool. A world-class forward who always gives everything he has. Plays football with a big smile – I like this.”

Fernandinho: “I am maybe a bit biased because he is a friend of mine but honestly I believe he is a fantastic player. Widely experienced and one of the best in his position in the world. The best? Maybe.”

Gabriel Jesus: “This young man is an idol among Brazilians because he is so young but has already achieved so much. A fantastic player who can score goals and make them with his talent. He will have a big career, I’m sure of that.”

Ederson: “Another great goalkeeper – Brazil are lucky to have him and Alisson right now. He is also calm and strong and also very good at kicking the ball, which has made him important for Manchester City.”