Home Mediawatch Can Ronaldo ‘adapt’ and ‘integrate’ at United by Saturday? 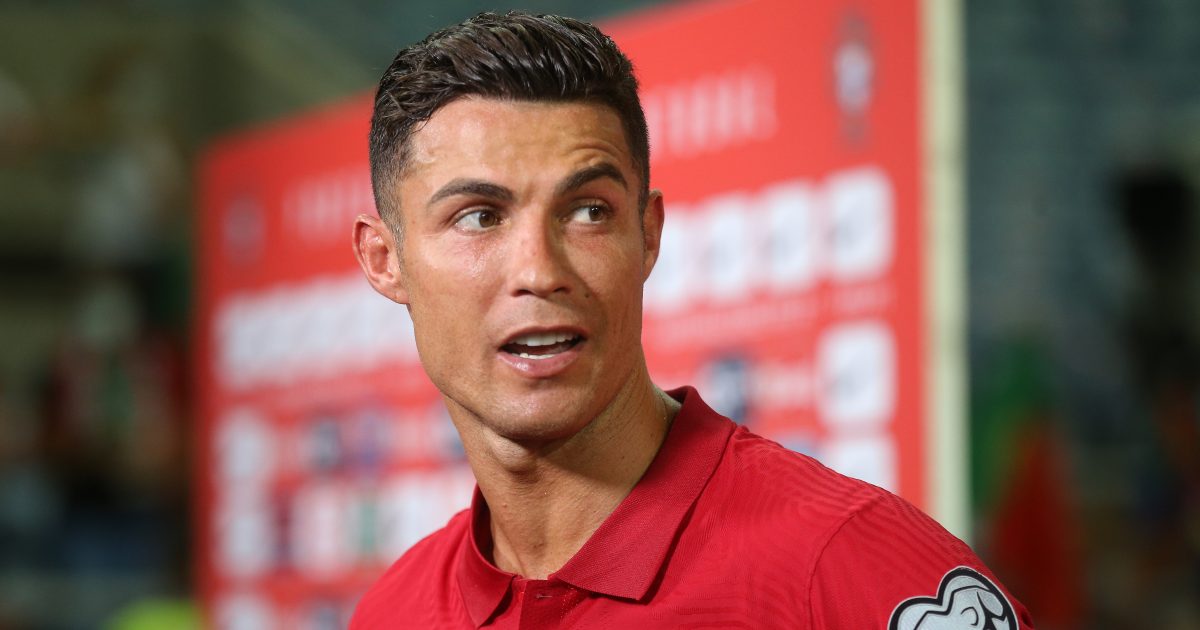 It’s the big question as the media is once again dominated by Ronaldo, who has been ‘noticed’ playing football…

Keep feeling…integration
After his online exclusive that Ronaldo could start on the bench against Newcastle this weekend, Neil Custis is sticking to his guns on the back page of Wednesday’s newspaper even after the Portuguese goal machine returned to Carrington on Tuesday.

‘Ronaldo, 36, is set to have one full day of training on Friday with those stars likely to start against Newcastle on Saturday.

‘But that may not be enough to integrate the superstar in time to make a second full debut after he re-signed for the club – and he could instead be on the bench.’

Well he could. But as he would likely be in a front three with Mason Greenwood and Jadon Sancho – both at Carrington this week after missing out and ducking out of England duty – then we suspect that one of the world’s greatest players and all-time most prolific goalscorers might just about be able to integrate enough to muddle through against Newcastle after four days of training.

We learn such nuggets as ‘he even cauight up with some familiar faces at Carrington, with the player caught on camera chatting to assistant manager Mike Phelan’. Oooh. Sounds like he was up to no good. It also sounds like somebody is not entirely sure how to spell ‘caught’.

And ‘Ronaldo was also seen with former team-mate Darren Fletcher, who now works as United’s technical director’. The fact that the accompanying image shows Ronaldo a good three yards behind Fletcher is immaterial; we are truly ‘inside Cristiano Ronaldo’s first day back at Man Utd training’.

Notice bored
But at least The Sun do not claim to have ‘noticed’ five things about Ronaldo’s first day back at Carrington; they leave that to the Mirror website. When 1) is ‘Back with the ball at his feet’, you know this is going to be hella fun. Yes, the first thing that they ‘noticed’ about footballer Cristiano Ronaldo’s return to Manchester United is that he was playing football. Spotter’s badge to Freddie Keighley.

The second thing they ‘noticed’ from looking at their Getty Images subscription is that Getty Images had filed a picture in which Ronaldo is stood in the same shot as teenage striker Joe Hugill, so of course ‘the student has become the master’ despite the picture not showing them interacting in any way, shape or form.

They are so eagle-eyed that they also ‘noticed’ that Ronaldo was seen ‘catching up with familiar faces…’, though standing three yards behind Fletcher is a very post-Covid way to ‘catch up’ with anyone. Oh and he was ‘forging new friendships’, which comes as something of a surprise as we would have expected him to completely blank Fred.

And the fifth thing they ‘noticed’? Well it turns out that they ‘noticed’ from a series of still shots and a 37-second video that Ole Gunnar Solskjaer faces a decision whether to include him on Saturday because the Norwegian ‘must decide if Ronaldo can adapt to the expectations required of him in just a handful of training sessions’. Yes, it’s definitely Ronaldo that needs to ‘adapt’ here.

Walking on Memphis
Ronaldo is not playing for Portugal this week but that does not mean that no Manchester United news has emerged. Over to the Mirror website:

And what is this coveted record? It turns out he has ‘equalled a record set by Patrick Kluivert for goals scored in a calendar year for the Dutch national team’. Whoop-de-bloody-doo.

a) that’s a shit record.

b) that’s a shit record he has not ‘set’, but equalled.

And does scoring 12 times in a calendar year for his country really leave Manchester United ‘paying’ for the fact that they never used their transfer clause? We think they might console themselves with signing a man with some actual records.

Money, money, money
The battle for all media outlets is to get up the rankings for the ‘Ronaldo’ search term. So congratulations to the MailOnline for this absolute fluff…

‘Returning in style! Cristiano Ronaldo arrives for Manchester United training in his £170,000 Lamborghini as the countdown to a second debut begins, with three days until game against Newcastle’

…in which we learn that Ronaldo did indeed turn up for work in a fancy car.

Presumably they used a different car comparison site to The Sun, who claimed that ‘CRISTIANO RONALDO rocked up to Manchester United training in a £160,000 Lamborghini on Wednesday’.

Amateurs. Go big or go home with a heavy heart because Google preferred the higher number.

Old-timer
This is a sweet line in that MailOnline story:

‘But fans salivating at the prospect of watching their hero on TV will be disappointed as it is a 3pm kick off, meaning they’ll be forced to listen out for updates.’