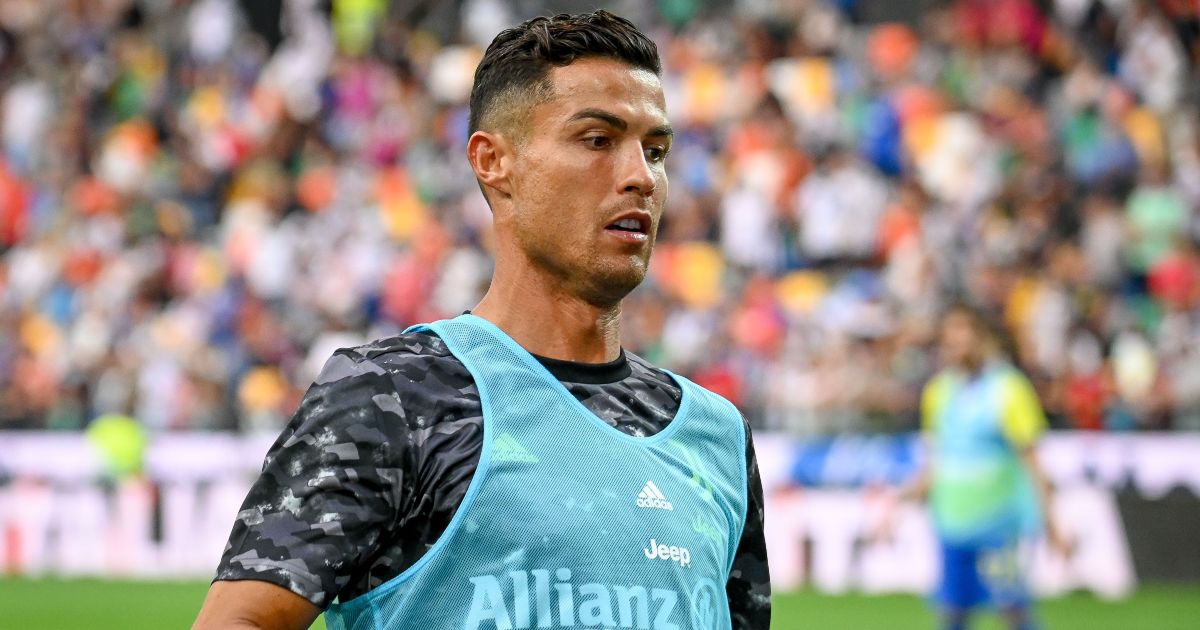 Juventus forward Cristiano Ronaldo has reportedly agreed a deal to sign for Manchester City this summer but the clubs have a couple of stumbling blocks to overcome before the transfer can be confirmed.

Reports emerged on Tuesday which insisted Ronaldo was ‘seeking to engineer’ a move to Man City this summer as he looked to leave Juventus.

The Portugal international had apparently ‘spoken with a number of Manchester City players about making the move’ but that it was likely to be ‘very complicated’ to complete.

It was suggested yesterday that Bernardo Silva and Aymeric Laporte could be offered in part-exchange for Ronaldo as City look to do a deal without spending lots of cash.

Earlier today a report in ESPN said that City aren’t keen on paying a transfer fee but will cover all of Ronaldo’s requested wage packet.

And now Calciomercato provide us another update on the negotiations with news that Ronaldo has ‘reached an agreement’ with City over a two-year deal worth €15m (£13m) per season.

The only thing missing is the ‘okay’ from Juventus with the Italian giants firm in their stance that Ronaldo ‘will not move for free’ this summer.

It is understood that the ‘only way to get out of the impasse is an exchange’ with Juventus favouring Gabriel Jesus as the potential swap option.

However, Calciomercato add that Pep Guardiola doesn’t want City to include Jesus, preferring to put ‘Raheem Sterling’s card on the plate’.

The England international ‘does not convince the Juventus managers, who need a central striker right away’ with the Old Lady set to ‘leverage the will of’ Jesus as he wants to join Juve.

Ronaldo’s agent Jorge Mendes is currently ‘in Italy with this mission’ and wants to ‘do it as quickly as possible’.

The Portugal captain had previously had a pop at the “frivolous way” his future was discussed in the media.

He wrote on social media: “Anyone who knows me is aware of how focused I am on my work,” Ronaldo posted on Instagram along with an image of him holding a finger to his lips.

“Less talk and more action, this has been my guiding motto since the start of my career. However, in view of everything that’s been said and written recently, I have to set out my position.

“More than the disrespect for me as a man and as a player, the frivolous way that my future is covered in the media is disrespectful to all the clubs involved in these rumours, as well as to their players and staff.

“My story at Real Madrid has been written. It’s been recorded. In words and numbers, in trophies and titles, in records and in headlines. It’s in the Museum at the Bernabeu Stadium and it’s also in the minds of every fan of the club.

“I know that the true Real Madrid fans will continue to have me in their hearts, and I will have them in mine.

“As well as this most recent episode in Spain, there have been frequent news and stories associating me with a number of clubs in many different Leagues, with nobody ever being concerned about trying to find out the actual truth.

“I’m breaking my silence now to say that I can’t allow people to keep playing around with my name. I remain focused on my career and in my work, committed and prepared for all the challenges that I have to face. Everything else? Everything else is just talk.”