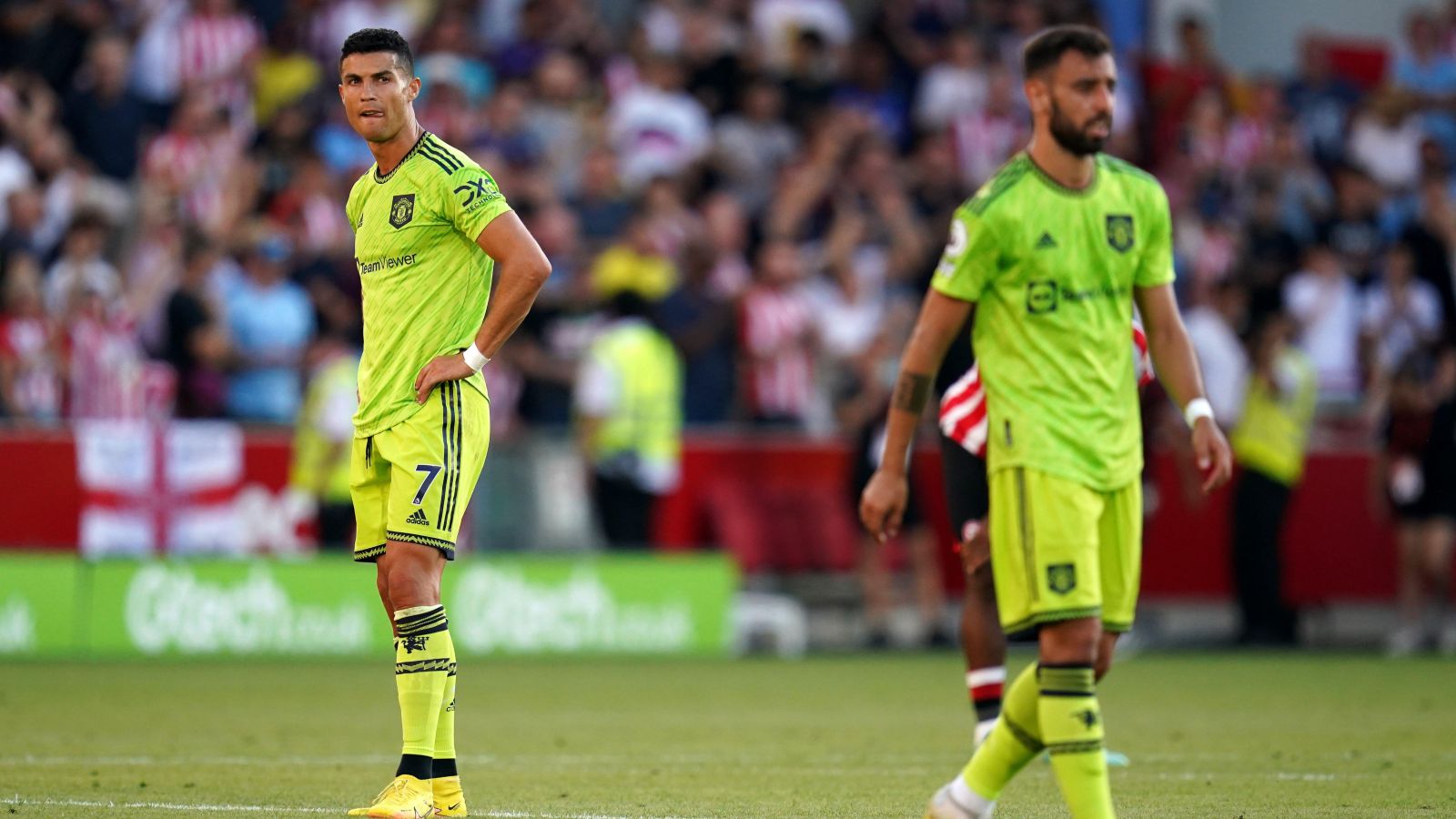 Cristiano Ronaldo is reportedly among a group of senior Manchester United players to have ‘sent an SOS’ to ask the club to make new signings.

The report by Mirror claims that the players are understandably concerned after Saturday’s 4-0 ‘humiliation’ at Brentford.

Ronaldo was joined by Harry Maguire, Marcus Rashford, Luke Shaw and Bruno Fernandes in telling the club bosses that they ‘need help in the form of new signings’ before the end of the transfer window.

United are now bottom of the Premier League having also lost to Brighton on the opening day of the season and criticism for everyone involved at the club has been widespread.

Fortunately the players are there to inform the United board that they need new signings, although it may also help if they themselves played football better.

That’s according to CBS Sports journalist Ben Jacobs, who gave a general roundup of the latest on Ronaldo’s future, claiming uncertainty may be hampering deals for new signings.

In a series of tweets, Jacobs said: “Still no concrete offers or even (Champions League) options for Cristiano Ronaldo. Diego Simeone dodged answering when asked directly if a transfer was still possible. Atleti have always called a move for CR7 ‘problematic’ & distanced themselves. Ronaldo open to Atleti despite Madrid links.

“Ronaldo would also love a switch to Bayern but even with Robert Lewandowski gone there is no chance of this happening. Bayern CEO Oliver Kahn says he would not ‘fit our philosophy’.

“There is also no truth Manchester United are considering terminating Ronaldo’s contract. And club not open to Ronaldo negotiating free agency (and nor is Ronaldo). Ronaldo’s side clear: he wants to move but without any formal offers he’ll keep playing. He has to in a World Cup year.

“As previously reported, Ronaldo prepared to take a 30% pay cut for Champions League. That isn’t enough to tempt suitors. Mendes may still try for a loan, something Erik ten Hag isn’t totally against despite public comments reiterating Ronaldo is part of his plans. But wages still the issue.

“Manchester United won’t let Ronaldo go unless it makes financial sense. They won’t pay a % of loan wages to aid a transfer. Club still say he’ll be at Old Trafford when the window shuts, and until an actual offer materialises that stance won’t be tested.

“Lots of targets also asking for clarity on Ronaldo’s future. The uncertainty has impacted Manchester United’s window all summer.”