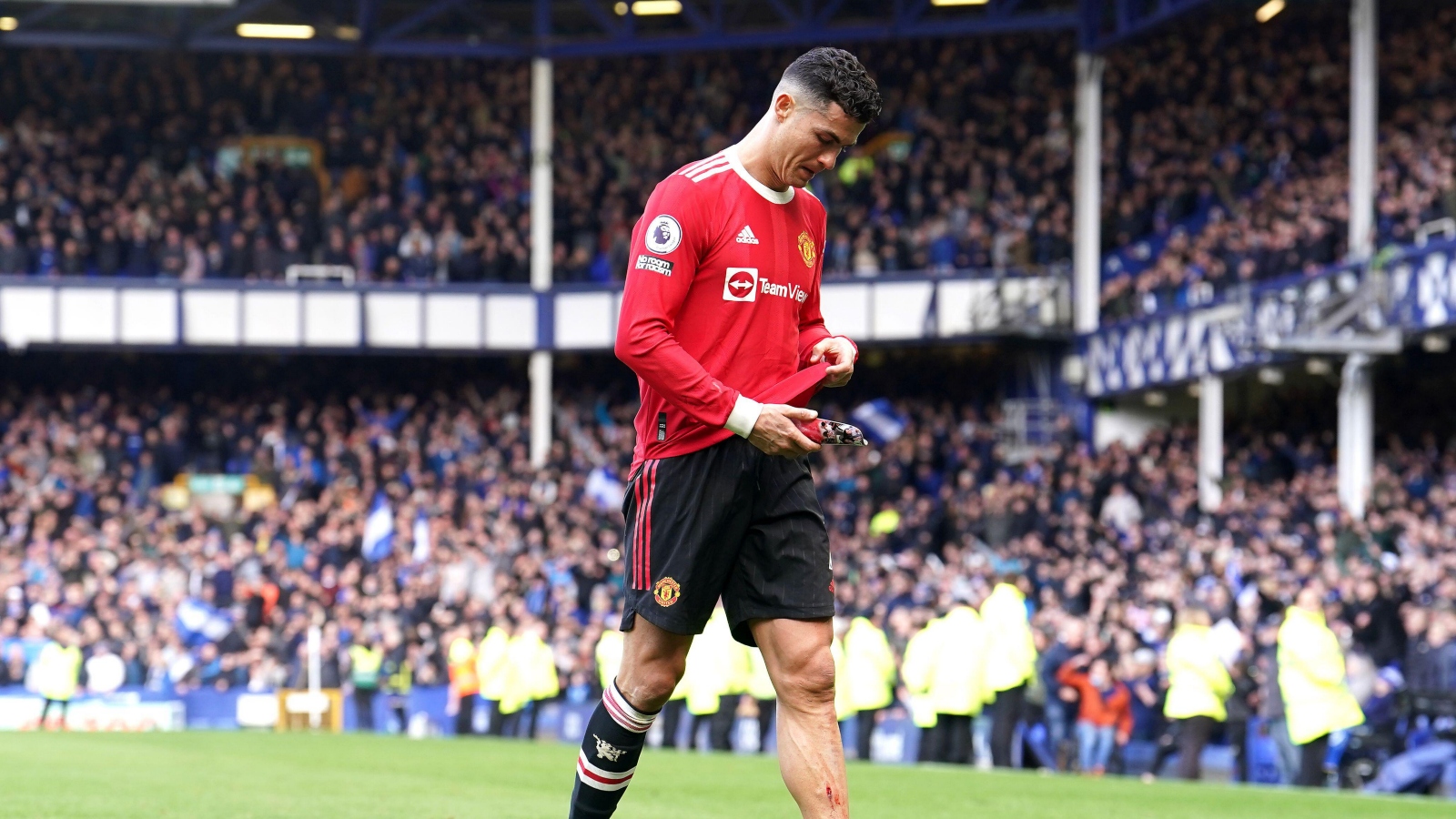 The young Everton fan who had a phone slapped out of their hand by Cristiano Ronaldo has “declined” the Man Utd striker’s invitation to Old Trafford.

Merseyside Police launched an investigation following an incident in which Ronaldo appeared to knock a mobile phone out of a supporter’s hand at Goodison Park.

The Portuguese later issued an apology for his “outburst” via social media and invited the supporter to watch a game at Old Trafford “as a sign of fair-play and sportsmanship”.

He wrote on Instagram: “It’s never easy to deal with emotions in difficult moments such as the one we are facing.

“Nevertheless, we always have to be respectful, patient and set the example for all the youngsters who love the beautiful game.

“I would like to apologise for my outburst and, if possible, I would like to invite this supporter to watch a game at Old Trafford as a sign of fair-play and sportsmanship.”

Man Utd also confirmed that they were aware of the matter.

A club spokesperson said in a statement: “We are aware of an alleged incident after today’s game at Everton and the club will co-operate with any police inquiries.”

The fan’s mum, Sarah, has told the Liverpool Echo that she has been contacted by Man Utd, saying that they have “made things worse”.

She is reported to have said: “United have handled it terribly and it’s just made things even worse to be honest.”

On Ronaldo’s invitation and apology, Sarah said: “The way I see it is, if someone assaulted him in the street and then asked us to go around for dinner, we wouldn’t. Just because he’s Cristiano Ronaldo, why would we do it? It’s like we owe him a favour, but I’m sorry, we don’t.”