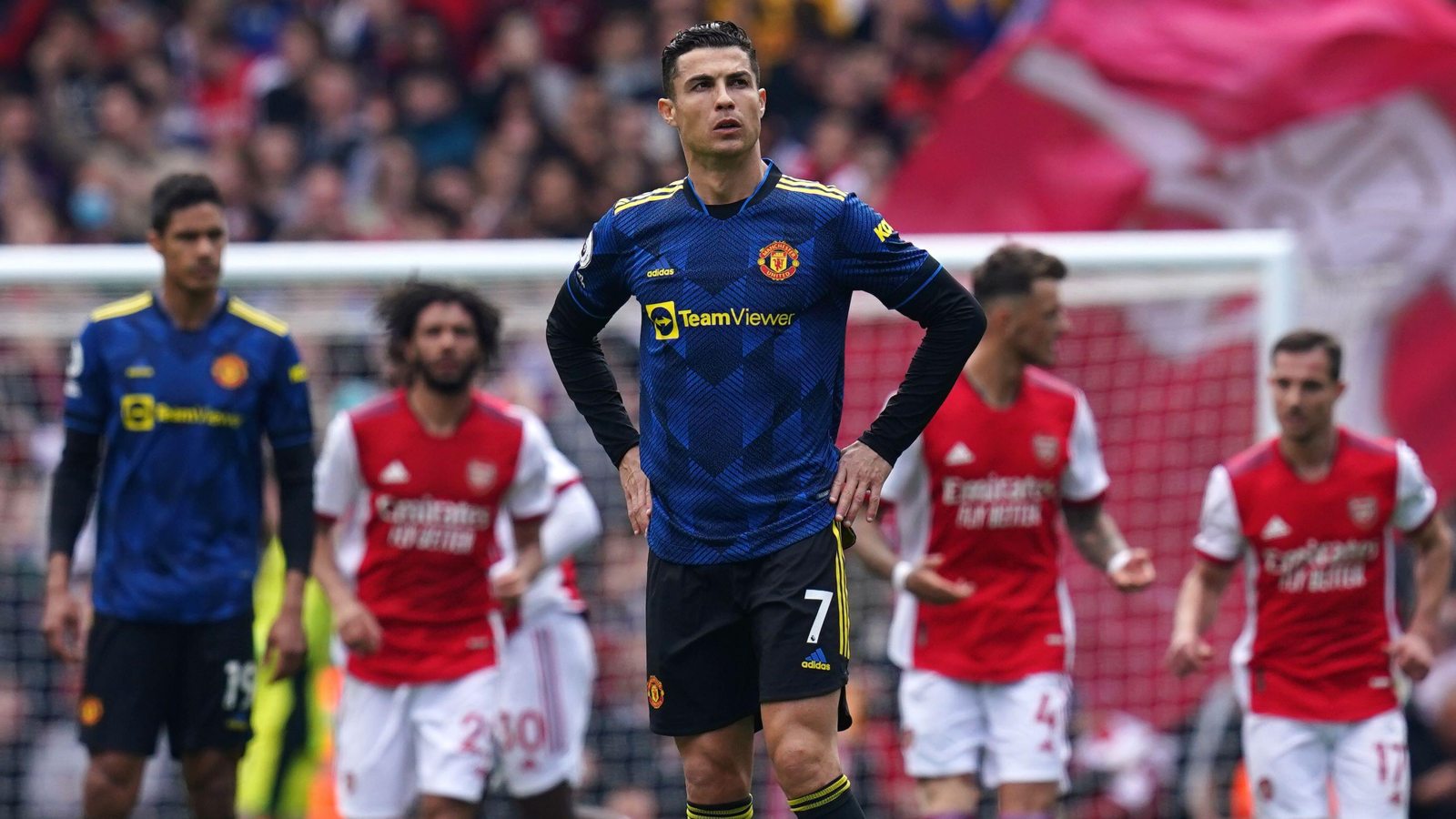 What’s £5.5m between friends?
‘CRISTIANO RONALDO has missed out on a huge £11.5MILLION after his Manchester United contract was terminated without a pay-off’ – The Sun.

‘Cristiano Ronaldo has kissed goodbye to £16million after it was confirmed that he has left Manchester United with immediate effect’ – The Daily Mail.

‘Ronaldo had stood to earn up to another £17 million from a contract that ran until the end of the season’ – Daily Telegraph.

Do Ron, Ron, Ron
In the end, Manchester United and Cristiano Ronaldo agreed that they were better off apart.

But that’s no fun so The Sun – who can take a large slice of the credit/blame for this – have Ronaldo ‘hitting back’ with a statement that essentially says he loves Manchester United. Now that will sting.

They also pretend that everybody has united to say good riddance with this headline a particular favourite:

Does he say he is over the moon/Roon? No, he says that “there was no other choice but that’s a shame because he’s been a fantastic servant to the club”. If he’s chuffed, he hid it bloody well.

Also, can you ‘break silence’ when you are literally on live TV when the news breaks and you immediately react? There was literally no time for silence.

But this is the height of absolute bollocks:

Was Ferdinand ‘delighted’ or did he say that Ronaldo and Manchester United would both be ‘delighted’ with their mutual agreement? You know the answer…

‘Stay tuned to our live blog as Cristiano Ronaldo is set to have his FIRST interview since he was sacked.

‘And if it’s anything similar to the Portuguese icon’s one with Piers Morgan, they will be fireworks.

Yes because a press conference ahead of Portugal v Ghana in front of dozens of journalists from around the world would be exactly the same as a sycophantic chat with another egotistical pr*ck designed specifically to get him out of Manchester United. Exactly the same.

At what point will the ‘latest update’ be that actually, Ronaldo is not doing the press conference at all?

After all of the clicks, presumably.

Gunner make it up
Oh are we here again? Merrily pretending that Piers Morgan wanting his mate to join Arsenal is somehow a ‘hint’ that Ronaldo ‘could make incredible ARSENAL transfer after Man Utd exit’.

Cos I love London town…
But how do you claim those sweet Ronaldo clicks if you run a website dedicated to London football?

Oh football.london, you absolutely know it’s utter bollocks. Even Manchester City have shorter odds and we think they might be rather happy with their current striker.

That’s what friends are for…
Back to Piers Morgan (must we?) and he is battling to stay relevant after being used by Ronaldo to extract himself from Manchester United.

And what are these ‘true feelings’ that we could only glean from such a good friend of Ronaldo?

“I think he will be happy.”

That’s quite the insight and something we absolutely could not have guessed ourselves from the fact that Ronaldo got exactly what he wanted.

So what of this ‘private chat’?

“I’ve been in daily contact with Cristiano to make sure he’s OK with everything as it’s all rolled out. It’s entirely how he wanted it to be, he wanted to have his say, and he knew what he wanted to say.”

That’s not a ‘private chat’; that’s a text message that has not been answered since Ronaldo got exactly what he wanted.

‘Timely statement, Cristiano? Ronaldo unveils brand new line of watches which includes him scoring a header for Real Madrid AGAINST Man United on the clockface… shortly before Red Devils confirmed his exit by mutual consent’

Yes, we imagine the watch was designed, manufactured and distributed on Tuesday.