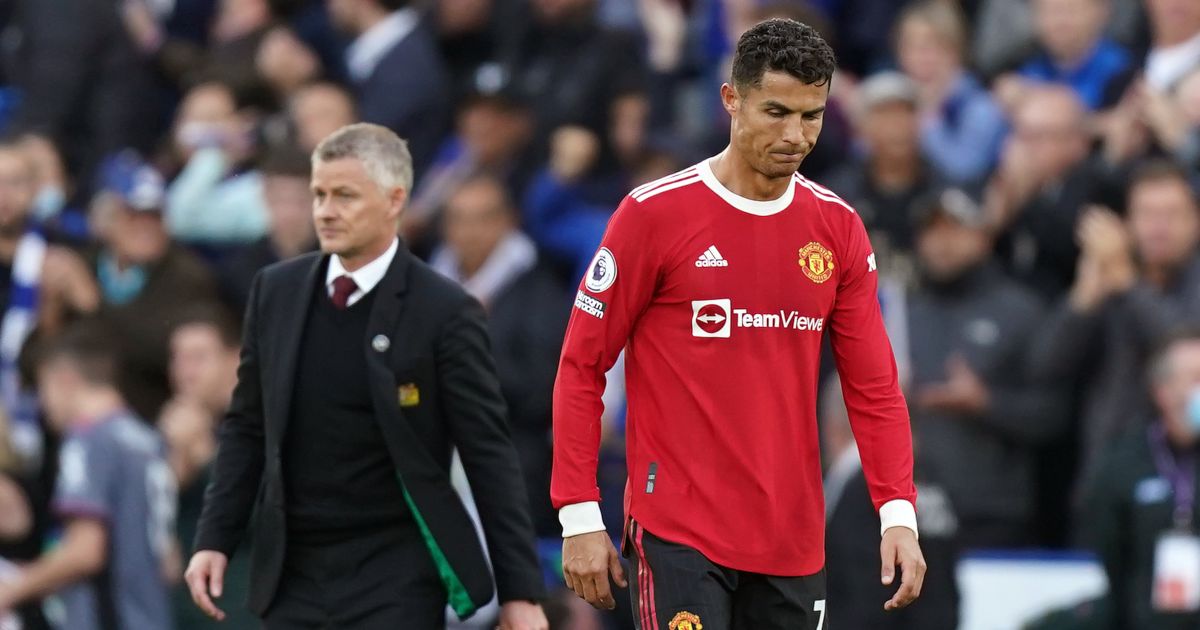 Cristiano Ronaldo was baffled by a Champions League team talk delivered by Ole Gunnar Solskjaer and challenged the Manchester United manager because of it, according to reports.

Solskjaer was relieved of his duties at United last Sunday following the side’s fifth Premier League defeat in seven games.

READ MORE: Is it possible for Rangnick to succeed at Man Utd in six months?

Despite United’s struggles, Ronaldo has been in fine form, notching 10 goals and two assists in 14 appearances this season.

One of those goals came in the Champions League defeat to Young Boys, which saw the Swiss side pull off a stunning second-half comeback.

It was a particularly chastening defeat to United and Solskjaer is said to have left his squad ‘bemused’ by praising their performance after the 2-1 loss.

The Sunday Times claims Solskjaer told his players he was ‘really happy’ with their display and ‘liked the way they played’.

Ronaldo is said to have taken issue with Solskjaer’s comments and challenged him by branding the performance ‘awful’.

Ralf Rangnick is expected to take charge of United this week in an interim role, but Michael Carrick – who will be at the helm for the clash with Chelsea on Sunday – insists the German will not change the “DNA” of the club.

“The club doesn’t change. It is still Manchester United,” said Carrick. “It still has a certain DNA running right through it.

“Expectations and responsibilities are the same, playing exciting football. We are here obviously to win first and foremost but in a certain way.

“If you look over history, there have been lots of different managers and players with different systems and ways, but there has always been this backbone to it of successful teams.

“As a club we are fully aware of that and that’s where we obviously need to be and I’m sure we will be there soon.”

Carrick won his first game in charge of United on Tuesday as he oversaw the 2-0 win away at Villarreal in the Champions League.

“There’s no denying (the gap),” Carrick added. “I’ve got to be realistic, it is pretty obvious from the recent run of games. But it wasn’t that long ago we finished second in the league and were on a really good curve of improvement. I don’t think that can be forgotten in terms of the potential.

“It’s very different having a poor run of results to being a poor team. We’ve had a spell that’s not been good enough but that doesn’t mean it’s a poor team.

“There’s plenty left in the season, Over time, not just here but other clubs, you have bad spells and you can almost have another season within a season. Who’s to say that as a group of players they can’t go on a run again.”