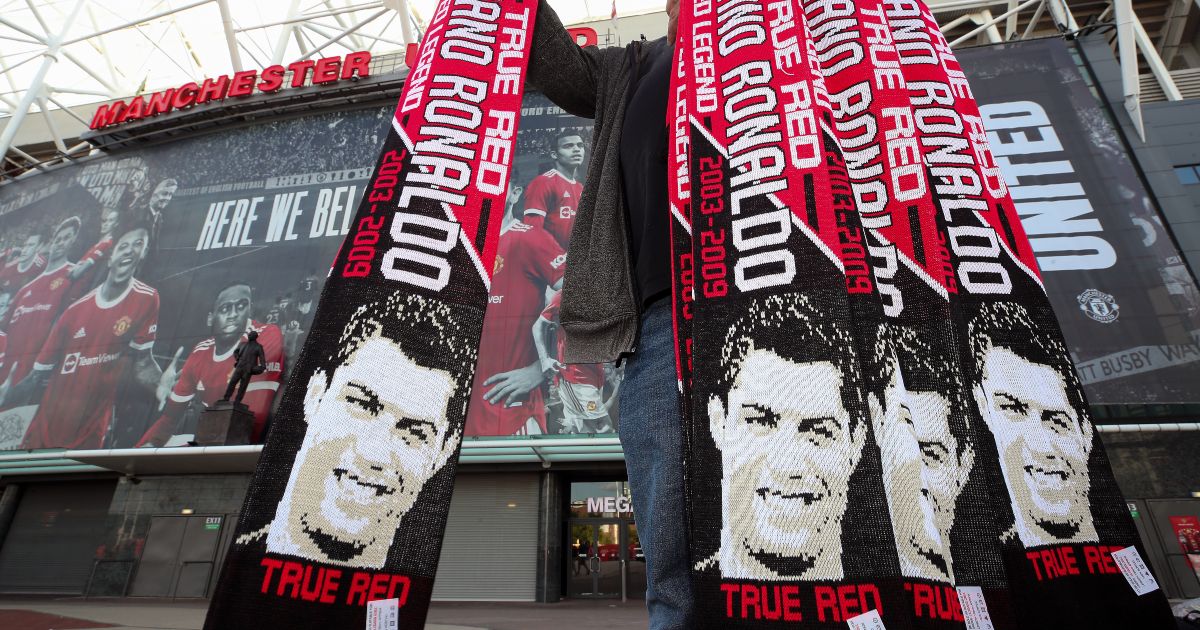 Forget ”funny, clever and engaging’, Ed Woodward is some kind of magician for making Ronaldo happen…

We have been here before with Neil Custis and Edward Woodward. We were specifically here before in January 2020, when Custis wrote an entire Sun column blaming everyone but Ed Woodward for Ed Woodward’s mistakes.

He then wrote in April – after the Super League fiasco and the announcement about his imminent exit from the club – that ‘Woodward is a funny, clever, engaging man’ and that he was ‘never massively in favour’ of the Super League which ‘makes you question whether he may have been undermined by the Glazers as the grab for cash rocked football’.

A Premier League chief executive described that idea as “laughable”, telling Sky Sports News: “He was involved in it from day one.” The Independent even claimed that ‘Boris Johnson met with Ed Woodward, executive vice-chairman of Manchester United, in Downing Street days before the launch of the ill-fated European Super League’. Presumably he was ‘funny, clever and engaging’.

All of which explains the widespread amusement at Custis’ latest column, with Times chief sports writer Martyn Ziegler breaking ranks to react in an understated but exceptional way…

And he was against the Super League. Definitely. https://t.co/4RzsQ5x8n8

The latest column from Neil Custis is predictably and quite wonderfully handing over almost all credit for the Ronaldo deal to Woodward. The great man should be hailed and heralded from the rooftops of Manchester, Surrey, Mumbai and Adelaide as the genius who brought Ronaldo back to Old Trafford.

This narrative certainly suits both Woodward and Manchester United, with the BBC telling us earlier this week – in an update that clearly comes directly from the club – that ‘they see the deal – together with the signings of Raphael Varane and Jadon Sancho – as proof United are still capable of attracting the very best players; that outgoing executive vice-chairman Ed Woodward can complete the biggest transfers and that star names are happy to play for Solskjaer, mocked as a PE teacher by some cruel critics’.

How terribly modern that instead of a carriage clock, Manchester United are gifting Woodward the credit for the Ronaldo transfer as a leaving present. Lovely.

‘ED WOODWARD played a crucial role in ensuring the most incredible return in football history happened.

‘Sir Alex Ferguson is understandably hailed for his role in getting Cristiano Ronaldo back with his late phone call to the star.

‘But it would not have got near that point without executive vice-chairman Woodward convincing the club’s owners and sponsors in a whirlwind 48 hours that it all made sense.’

Yes, we imagine the club’s sponsors – who pay to be associated with Manchester United because of the PR and marketing opportunities – were incredibly reluctant to back the signing of the most marketable man in football.

Mediawatch is also amused by the concept of a ‘whirlwind 48 hours’. That’s surely too long for any kind of whirlwind. How many e-mails do you have to send in 48 hours for it to be described as ‘whirlwind’?

Now you might wonder why sponsors would need convincing at all. Surely they’re not the ones making the decisions about signings? Well, no. And surely they cannot pull out of contracts because the club has signed a massively marketable superstar that will get their products in front of millions? Well, no.

But ‘while the sponsors might be tied in to current contracts, they are always considering whether to renew. Woodward convinced them this Ronaldo deal would really work for them’.

Wow. So Woodward ‘convinced’ sponsors that the Ronaldo deal – which is a sponsor’s dream – would be good news for an existing contract, which might in turn persuade them to renew said contract. Forget ‘funny, clever and engaging’; the man is a sodding genius.

‘Woodward got straight on the phone and turned things around with Mendes, the club’s owners and sponsors in two days.’

Quite how he had to ‘turn things around’ with Mendes is unclear; there is absolutely no doubt that both Ronaldo and his agent wanted Ronaldo to return to Manchester United. The sponsors are irrelevant here – they could not actually prevent any transfer – so Woodward’s role really was limited to clearing this transfer with the Glazers. As he had previously convinced them to clear the £50m signing of Fred, we have our doubts about the difficulty of that conversation.

‘It was then left to Sir Alex to lift the Bat Phone and get the club’s superhero back.’

By this juncture, it was basically a tap-in. Odd that Ronaldo himself extensively credits Sir Alex Ferguson for his return; does he not realise that he is only back at Manchester United because of that man Woodward?

But by far our favourite part of the Custis story is the reeling-off of social media statistics that have clearly come straight from the Manchester United PR department.

‘In the 24 hours after it was revealed, the announcement of Ronaldo’s return on social media was the most liked by a sports team ever with 12.9million likes.

‘The announcement on Twitter alone was likewise with 862,000 retweets and two million likes.

‘They earned more than 3.7m new followers across the club’s social channels.

‘It was the most talked about transfer ever on Twitter with 2.9m mentions in the first 24 hours, beating Lionel Messi’s move to PSG by 700,000.’

Spot the difference between those paragraphs and these from John Cross in the Daily Mirror:

‘In the 24 hours after the announcement, the Instagram post became the most “liked” ever on social media as it is currently on 12.9m likes. It is also the most liked and retweeted post on Twitter while United gained 3.7m new followers across all channels.

‘Ronaldo to United is also the most talked about transfer ever on Twitter as it beat Lionel Messi to PSG by 700k mentions in the first 24 hours.’

At least he had the decency to change a few words.

Well done Edward Woodward. But mostly well done Manchester United for persuading anybody at all that their ‘outgoing executive vice-chairman…can complete the biggest transfers’. Why stop there? There’s still time to convince Custis that Woodward can cure Hungarian football fans of being massive bloody racists.