Home Mediawatch Latest Ronaldo exclusive: ‘He could be on the bench!’ 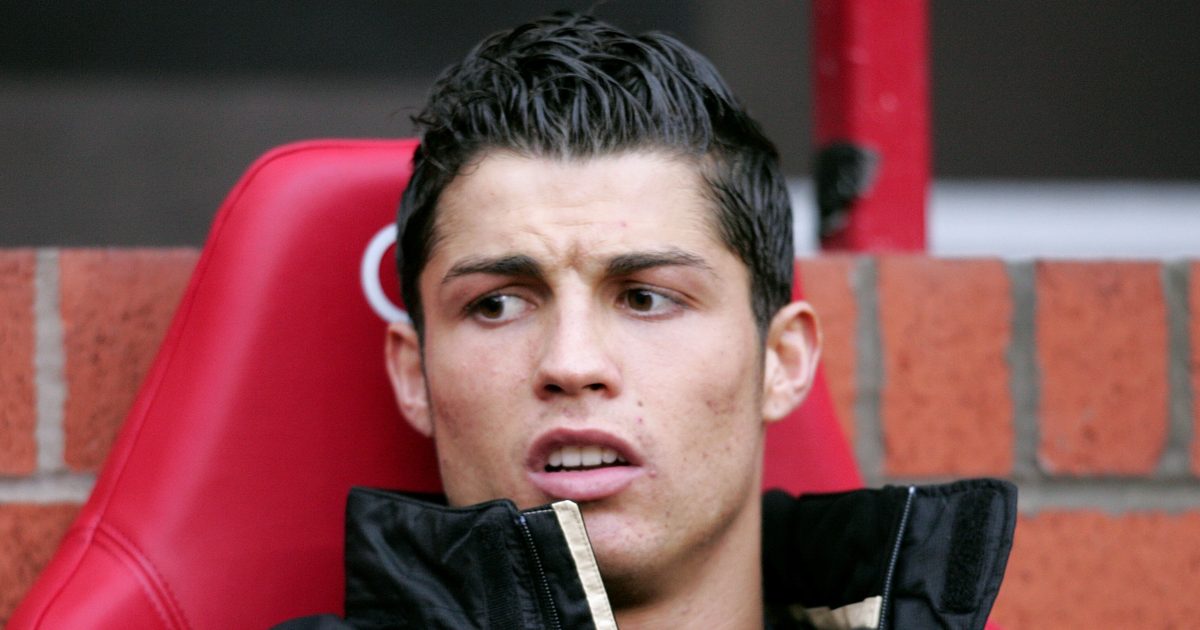 But first, Ronaldo could be forced to drive slower. There is just so much Ronaldo news around…

Fast and the furious
The back page of the actual Sun newspaper is dominated by talk of FIFA and World Cups and such. Silly, silly Sun newspaper, neatly illustrating why newspapers are dying and everybody is downloading apps and watching the internet instead.

There are no clicks to be found in FIFA machinations so the Sun website has instead gone out and got themselves a football ‘EXCLUSIVE’. And what better football ‘EXCLUSIVE’ than a story about Ronaldo, who is making quite the splash with his move to Manchester United? You might have heard.

So it’s quite the coup to find a new, original story about Ronaldo. Over to you, Richard Moriarty…

‘The star, 36, has only just moved into a stunning £6million mansion after flying into the UK last week fresh from signing for Manchester United.

‘It has space for his £17million collection of supercars, including a £1.4million Ferrari Monza, a £2.15million Bugatti Chiron and a £1.7million Bugatti Veyron Grand Sport.

‘But council officials in Alderley Edge, Cheshire, want a 20mph speed limit as the village is already blighted by petrolheads showing off their motors.’

And how does Moriarty know this ‘exclusive’ information about a proposed 20mph speed limit? It’s not like this has been widely reported in the local press since July 2020. And again last month. It’s not like he has simply surfaced this information to suit the thirst for Ronaldo clicks.

Though it helps if you have somehow got hold of a ‘source’ to tell you: “Ronaldo loves his cars and being able to drive them fast so he can show off. But this talk of a 20mph is really going to impact on that.”

It’s little wonder that this ‘source’ has not gone on the record with such incendiary quotes.

But Mediawatch has it’s own ‘source’ and that ‘source’ exclusively told us: “It’s all bollocks; there is no source. There never is.”

Custis pie
That’s not the only Ronaldo exclusive on the Sun website, who bring us this nonsense of a headline:

Because the 20mph speed limit means he will still be crawling through Alderley Edge?

The Sun are quite happy to hoover up all the clicks, thank you very much, from desperate United fans who have been led up a garden path with ‘Ronaldo might not play against Newcastle because of quarantine’ laid out in pebbles.

It’s bollocks, of course. Ronaldo will absolutely be free to play on Saturday after quarantine but crucially, HE MIGHT NOT. Because he doesn’t pick the team (though we would not rule out that being a condition in his contract).

‘CRISTIANO RONALDO could have to wait until next Tuesday for his second full Manchester United debut.’

‘Ronaldo will only have one day’s training with his team-mates after having to isolate for five days in his Cheshire mansion due to Covid rules.

‘That is unlikely to be enough for Ole Gunnar Solskjaer to pick him from the start for Saturday’s home game against Newcastle having waited a fortnight to give Raphael Varane his first start following his arrival.

‘Ronaldo will be on the bench…’

So what you are ‘exclusively’ telling us is that Ronaldo – after just one day’s training – might make his second Manchester United debut from the bench against Newcastle.

Which is absolutely not the same as ‘Cristiano Ronaldo’s second Man Utd debut could be delayed until next week due to quarantine at his Cheshire mansion’. But we clicked, so who are the bloody idiots here?

Time, Ronaldo, please
Obviously, the nature of the beast is that ‘exclusive’ story by Custis – in which he explains that Ronaldo ‘could’ be on the bench against Newcastle – sparks a whole glut of stories.

But our favourite is on the Mirror website, where Sports Agenda Writer (living the dream) Chris Doyle really has stretched the information at hand – that Ronaldo ‘could’ start on the bench on Saturday – into something quite extraordinary:

You can’t help but think that if he’s not worked out how to incorporate one of the world’s greatest footballers and prolific goalscorers by Saturday, he might still be struggling on Tuesday.

📰🗣️ Cristiano Ronaldo could have to wait until next Tuesday for his second full Manchester United debut due to quarantine requirements and a lack of training.

Yes, we’ve heard he has really let himself go since scoring in the 89th and 90th minutes for Portugal last week.