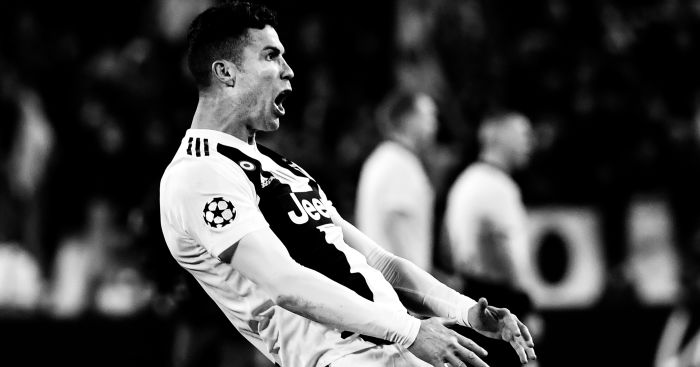 Cristiano Ronaldo has been fined 20,000 euros (£17,700) by UEFA after his goal celebration in Juventus’ Champions League win over Atletico Madrid.

During the match on March 12, the Portugal international was seen gesturing towards fans – mimicking Diego Simeone from the first leg after which the Atletico manager was fined £17,000 for an “obscene” celebration.

It came after former Real Madrid forward Ronaldo had converted a late penalty for his hat-trick and a 3-0 victory which sent the Serie A side through on aggregate to the quarter-finals.

Ronaldo escaped suspension as UEFA announced the decision of its control, ethics and disciplinary body in a short statement on Thursday afternoon.

The UEFA statement read: “The CEDB has decided to fine the Juventus player Cristiano Ronaldo 20,000 Euros for his improper conduct.”

Ronaldo, currently away on international duty with Portugal, will now be clear to play in next month’s Champions League quarter-final tie against Dutch club Ajax.